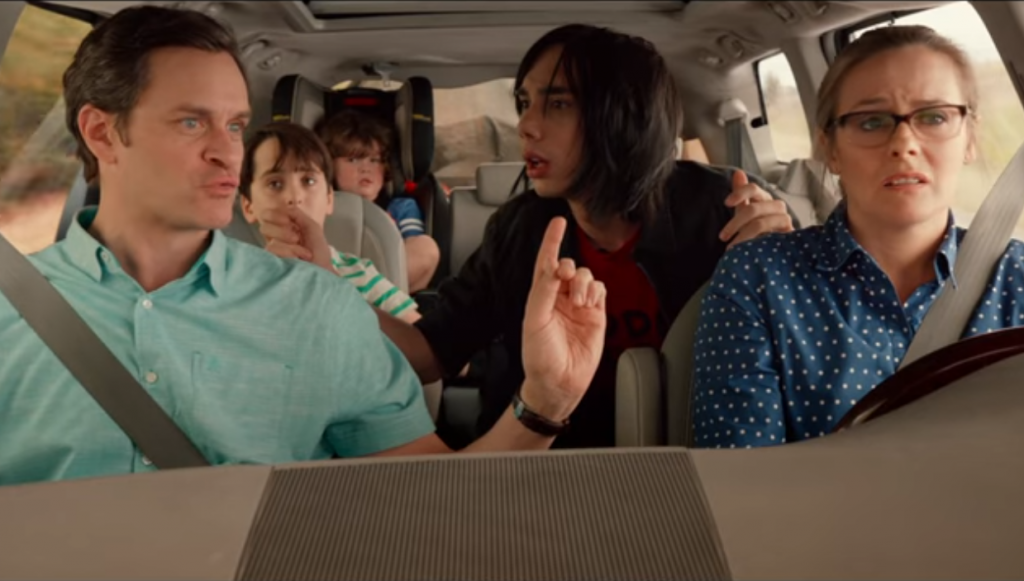 20th Century Fox just released a new trailer for the fourth installment in the Diary of a Wimpy Kid film series, where we once again join Greg Heffley on his middle school misadventures.

In Diary of a Wimpy Kid: The Long Haul, we are reunited with the Heffley family as they set off on a road trip to head to grandma’s house for her 90th birthday. Unfortunately for Greg’s parents, the road trip is not the good-natured family fun that they were hoping it would be thanks to the catastrophic antics of the four young passengers: Greg, his two brothers Rodrick and Manny, and his best friend Rowley.

The Heffley’s make plenty of stops along the way, including a visit to a county fair where the family acquires a new passenger – a baby pig. After several other bumps on the road, the family is completely set off course after Greg decides to secretly reroute the car to a video game convention where he harbors secret dreams of achieving fame.

The film stars an entirely new cast including Jason Ian Drucker, Charlie Wright, Owen Asztalos, Tom Everett Scott, and Alicia Silverstone. Although the cast may have changed, the family is just as fun and silly as ever and just as susceptible to Greg’s shenanigans.

Based on the ninth book of Jeff Kinney’s adored series, the trailer reveals a wild ride you won’t want to miss.