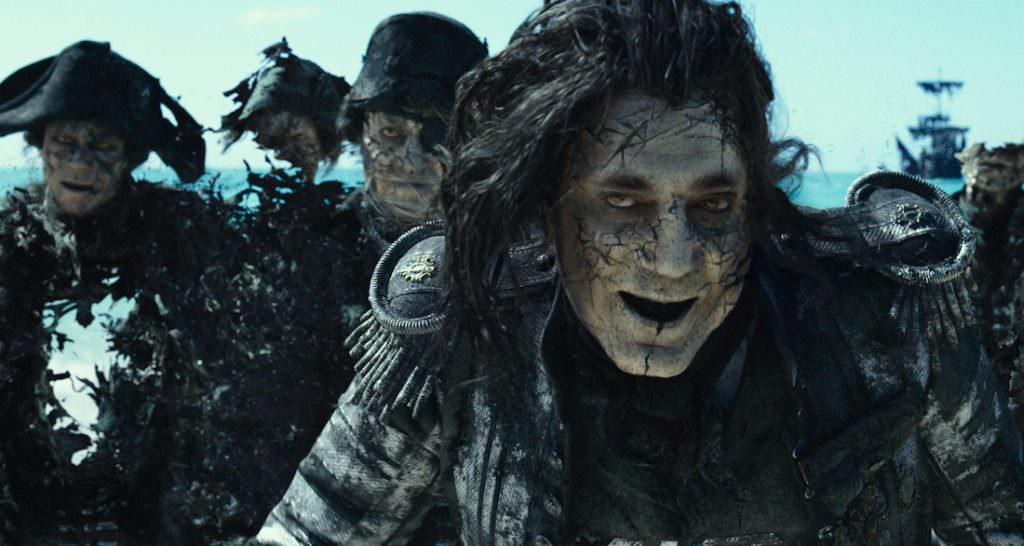 Go Behind-the-Scenes With Pirates of the Caribbean: Dead Men Tell No Tales

With Pirates of the Caribbean: Dead Men Tell No Tales due in theaters in about two months, Walt Disney Pictures has begun teasing the latest Jack Sparrow adventure. Just this week we got more background on why Captain Salazar (Javier Bardem) has such a massive beef with Jack (Johnny Depp, as if you didn’t know). It turns out, the now dead Salazar was once a jaunty captain who was cursed by Sparrow and has been hunting him in his ghostly state ever since. Now somebody is almost always hunting down Jack, but adding Bardem was a major coup for the Pirates franchise, giving them an actor with major gravitas and a fresh story to keep the film afloat.

In this new behind-the-scenes clip, producer Jerry Bruckheimer talks about the directing duo behind the award-winning seafaring adventure film Kon-Tiki, Joachim Rønning and Espen Sandberg, were brought in to reinvigorate Pirates with a fresh look and feel. What they didn’t change, however, was the massive scale that any Pirates film has, including thousands of extras, huge explosions, major action set pieces, exotic locations, and a ton of practical and digital effects.

The storyline for Dead Men Tell No Tales finds Captain Salazar as part of a Devil’s Triangle, a bunch of murdered sailors who now, in their undead form, are out hunting pirates—starting with Sparrow. The only hope Jack has is to find the Trident of Poseidon, but finding it will require him to woo (in one way or another) the beautiful astronomer Carina Smyth (Kaya Scodelario) and a young sailor in the Royal Navy, Henry (Brenton Thwaites). Making matters tougher for Jack is that his ship, the Dying Gull, is as pitiful as its name suggests.

Rejoining Sparrow on the open seas is the great Geoffrey Rush, as Captain Barbossa. There’s also word that none other than Paul McCartney will have some sort of cameo.

Pirates of the Caribbean: Dead Men Tell No Tales sails into theaters on May 26, 2017.