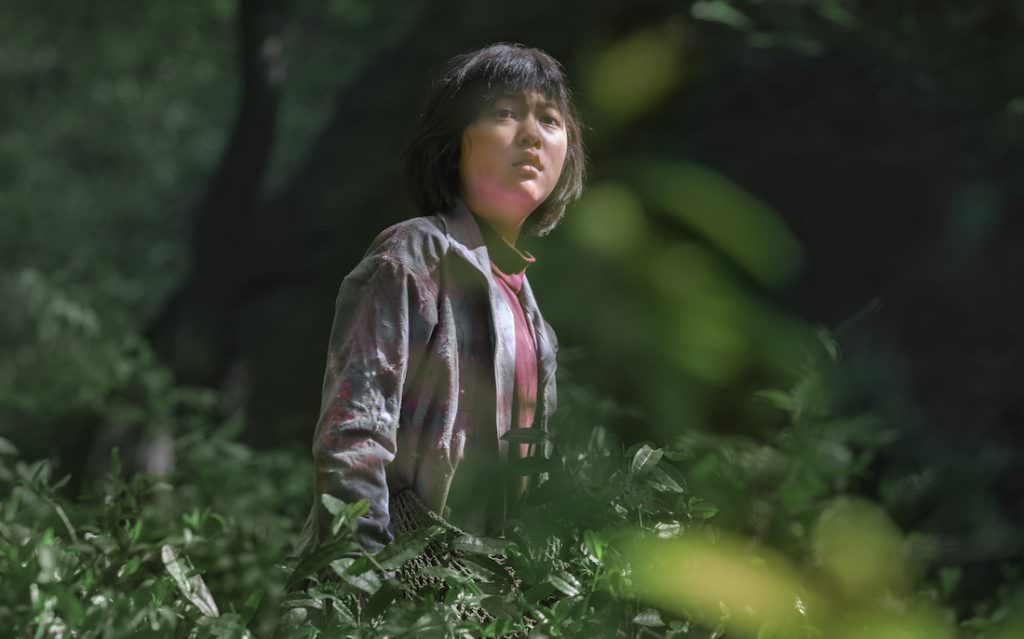 One of South Korea’s most ambitious auteurs has his own Netflix film, and you’re going to want to see it. Bong Joon-ho, the visionary behind Snowpiercer and The Host, is releasing Okja on the streaming service this June 28. Working once again with Tilda Swinton (she was hilarious and menacing in Snowpiercer as a cold-hearted, death-dealing bureaucrat) and an incredible cast that includes Jake Gyllenhaal, Paul Dano, Giancarlo Esposito, and Lily Collins, Okja is a weird, wild story that looks as singular as anything Joon-ho has made.

The story follows Mija (Seo-Hyun Ahn), a young girl who risks everything to prevent a powerful, multi-national company (run by Swinton) from kidnapping her best friend – a colossal animal named Okja. The film follows her across the globe, as Mija learns the dark secrets about “genetically modified food experimentation, globalization, eco-terrorism, and humanity’s obsession with image, brand and self-promotion,” as the show’s synopsis explains. In Joon-ho’s hands, you can be sure this will be handled with surrealist horror and comedy, a mixture he has all but perfected, in a film that will be like nothing else Netflix, or anyone else, releases this year.