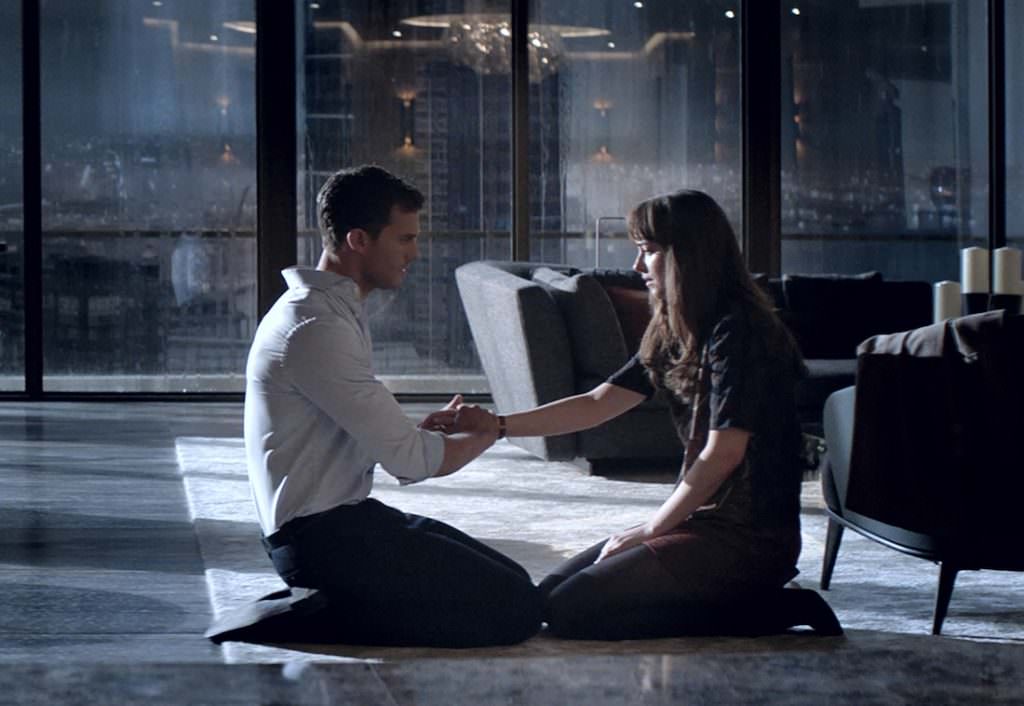 Dakota Johnson and Jamie Dornan as Anastasia Steele and Christian Grey and in Fifty Shades Darker, the second chapter based on the worldwide bestselling “Fifty Shades” phenomenon. Anastasia is no longer the demure wallfalower we met in the original film, and she's not about to let Christian call the shots anymore.

Christian Grey is an emotionally wounded man in Fifty Shades Darker, but he's committed to get Ana back into his life. She will only agree to allow this to happen if Christian agrees to a brand new arrangement. All seems to be going well as they slowly build a new, more trusting relationship when someone from Christian's past swoops in, prepared to make their lives a living hell.

The extended trailer includes the song "I Don't Wanna Live Forever (Fifty Shades Darker" by Zayn and Taylor Swift, and shows just how hard Christian is trying to be the right kind of man for Ana, but like all good thrillers, the world will not make easy for him, or her.

Fifty Shades Darker is directed by James Foley (Fear, House of Cards), wiht a screenplay is by Niall Leonard, based on the novel by E.L. James. Appropriately, the film comes out on Valentine's Day, February 10, 2017.