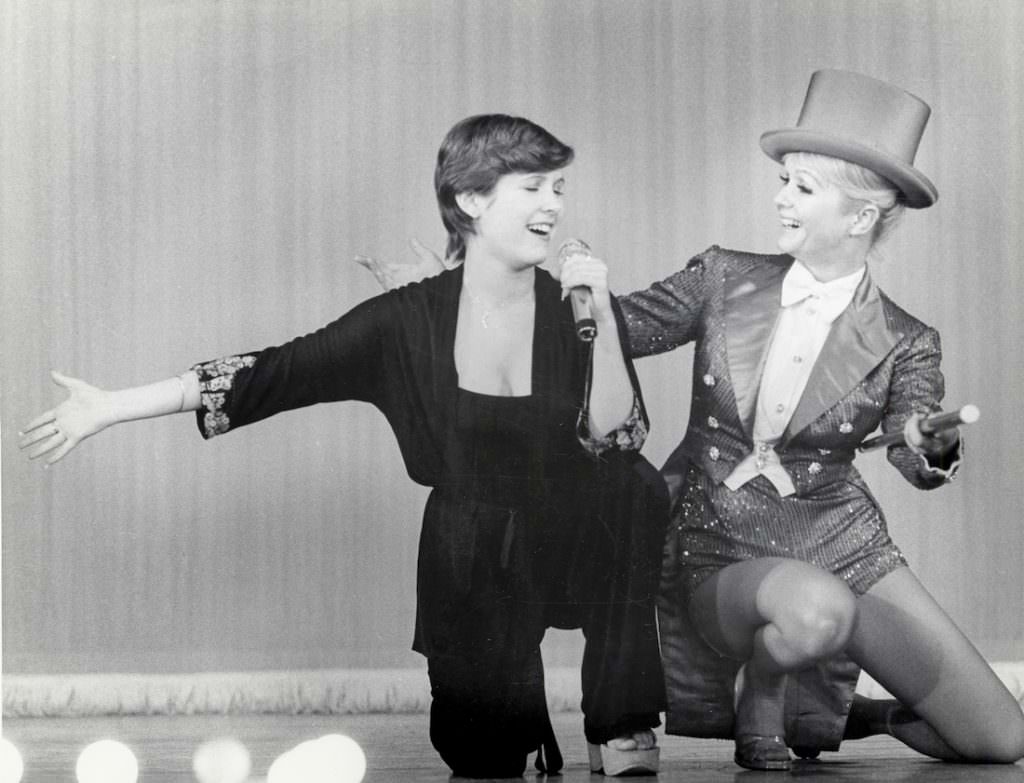 Last year ended with the unexpected deaths of both Carrie Fisher (read our obit for her here) and her mother, Debbie Reynolds, just a day later. In a year that included the deaths of many icons, from David Bowie and Prince to Leonard Coen and Gene Wilder, losing both Fisher and Reynolds at the very end of the year felt unduly cruel.

Yet there is also much to celebrate in the lives of these two extremely talented women, whose lives were as dramatic and tumultuous as any Hollywood legend. So it's exciting and extremely timely that HBO will be airing  the documentary Bright Lights: Starring Carrie Fisher and Debbie Reynolds this Saturday, January 7, at 8:00 p.m. (ET/PT). This documentary about Fisher and her mother gives you an intimate portrait of Hollywood royalty in all its thrilling eccentricity. Fisher and her mother lived in the same Beverly Hills compound, and neither has lost any of the fire that they had at the peak of their careers. As HBO has it in their press release, the doc shows how the 83-year-old "grand dame still has a Las Vegas act, but performing is taking its toll. Carrie’s response is both hilarious and heart- rending. Featuring vintage family films that bring iconic old-world Hollywood to life, as well as extensive vérité footage, the film is directed by Alexis Bloom and Fisher Stevens."

And that's not all;  the 2010 special Wishful Drinking, the feature-length adaptation of Fisher's smash hit aubobigraphical stage production, will receive an encore presentation this Sunday, Jan. 1 at 9:00 p.m. (ET/PT) on HBO. Wishful Drinking combines her raucous one-woman stage performance, interviews with family and friends, and archival footage.

There likely will never be a mother/daughter pair like Fisher and Reynolds again, and any chance to spend some time with them is worthwhile. And as you likely now, Fisher's final film role will also premiere this year; Star Wars: Episode VIII, where she reprises the role that made her an icon at 19.