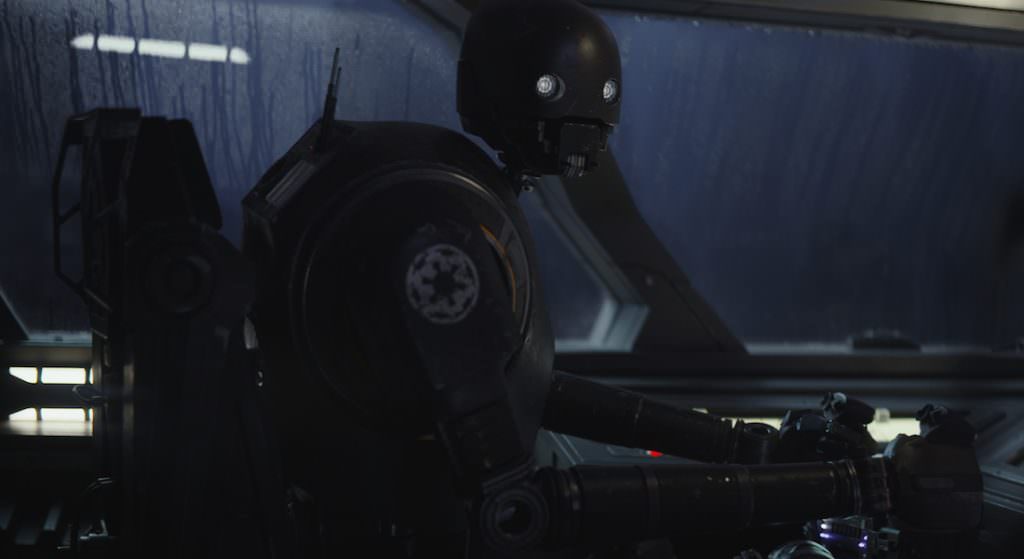 If you were watching The Walking Dead last night, you caught the new Rogue One: A Star Wars Story promo. Every new teaser and promo offers just a touch more detail to parse in director Gareth Edwards non-saga film, and the more we see, the more excited we get. As you likely know by now, Rogue One centers on a band of resistance fighters who attempt a kind of bank heist in space—they aim to steal plans to the Death Star. The film takes place before the events of Star Wars: A New Hope, which is directly effected by the efforts of these brave fighters. Gareth Edwards has fashioned what looks like a gurellia war film that just happens to be set in space, and the new promo inspiries confidence that this film will kick off the non-Saga (meaning, not centered on the Skywalker clan) films in style.

Your lead is, of course, Felicity Jones (Inferno, The Theory of Everything) as Jyn Erso, a rough and tumble young rebel who is plucked from relative obscurity to lead this crucial mission. Her father Galen is played by Mads Mikklesen (currently the big bad in Doctor Strange). Diego Luna (Milk) stars as Captain Cassian Andor with Donnie Yen (Ip Man, Blade II) as the blind spiritual warrior Chirrut Imwe, Jiang Wen (Let the Bullets Fly, Devils on the Doorstep) as his armored comrade Baze Malbus, Alan Tudyk (Firefly) is your anti C-3PO, the droid K-2SO, Riz Ahmed (Nightcrawler, Four Lions), who just wowed many in HBO's The Night Of, plays the Rebel pilot Bodhi Rook. And then there's the great  Forest Whitaker (The Last King of Scotland) as Saw Gerrera, a character first introduced in Star Wars: The Clone Wars. Your villain is played by character actor extraordinnaire Ben Mendelsohn (Bloodline, Mississippi Grind) as Director Orson Krennic.