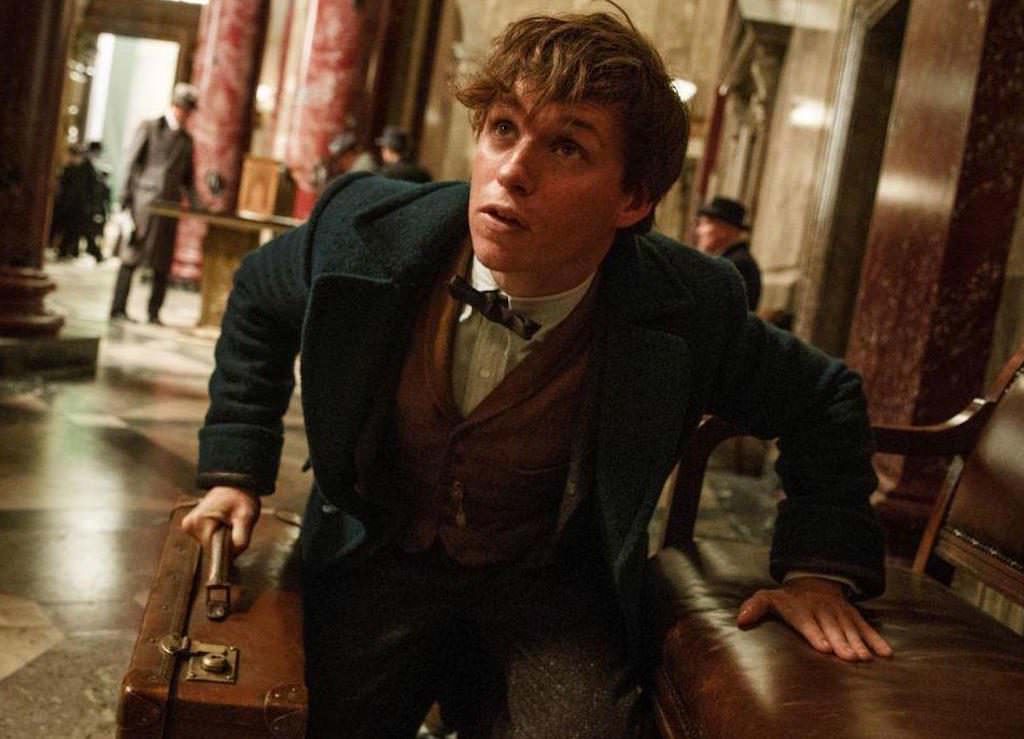 Warner Bros. has been delivering a lot of Fantastic Beasts and Where to Find Them tidbits over the last few weeks. We shared the weird, cool new promos, the sensational final trailer, and now, the studio has delivered a bunch of character posters that are chock-a-block with details.  Let's have a look, starting with the least known characters—Ezra Miller and Samantha Morton's, who play "Second Salemers." 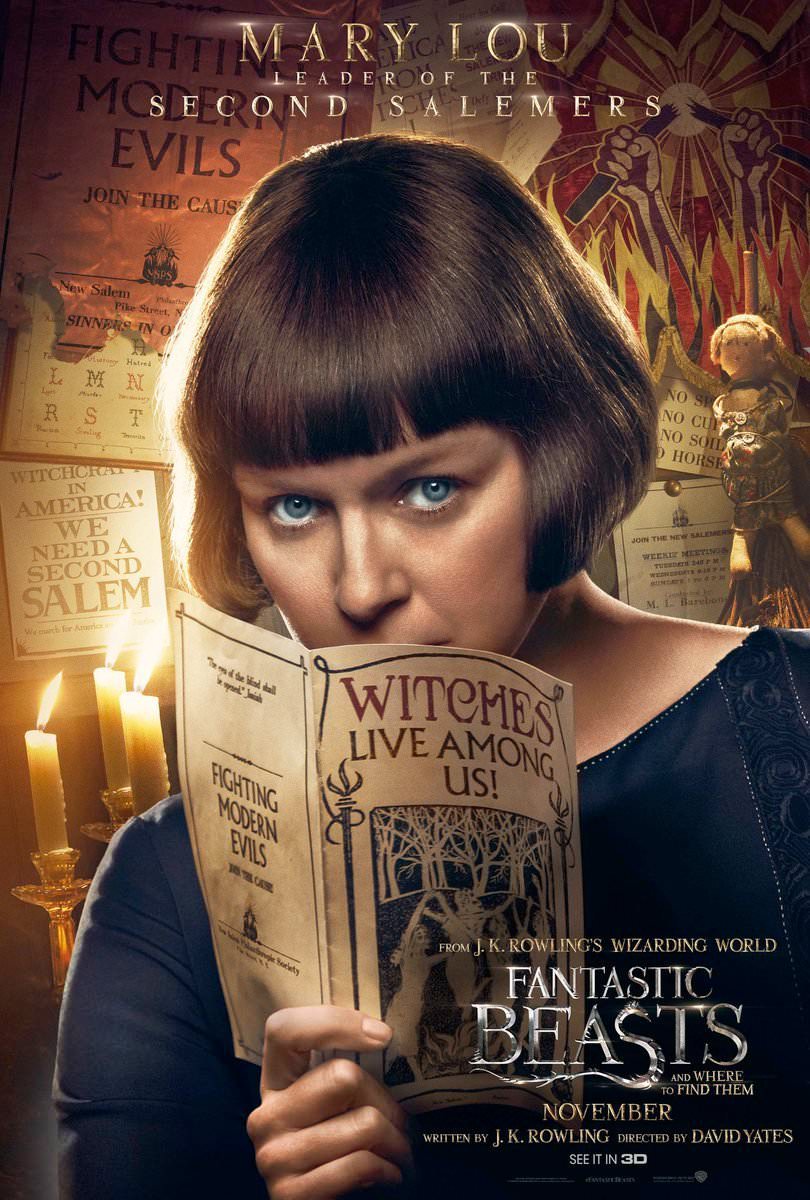 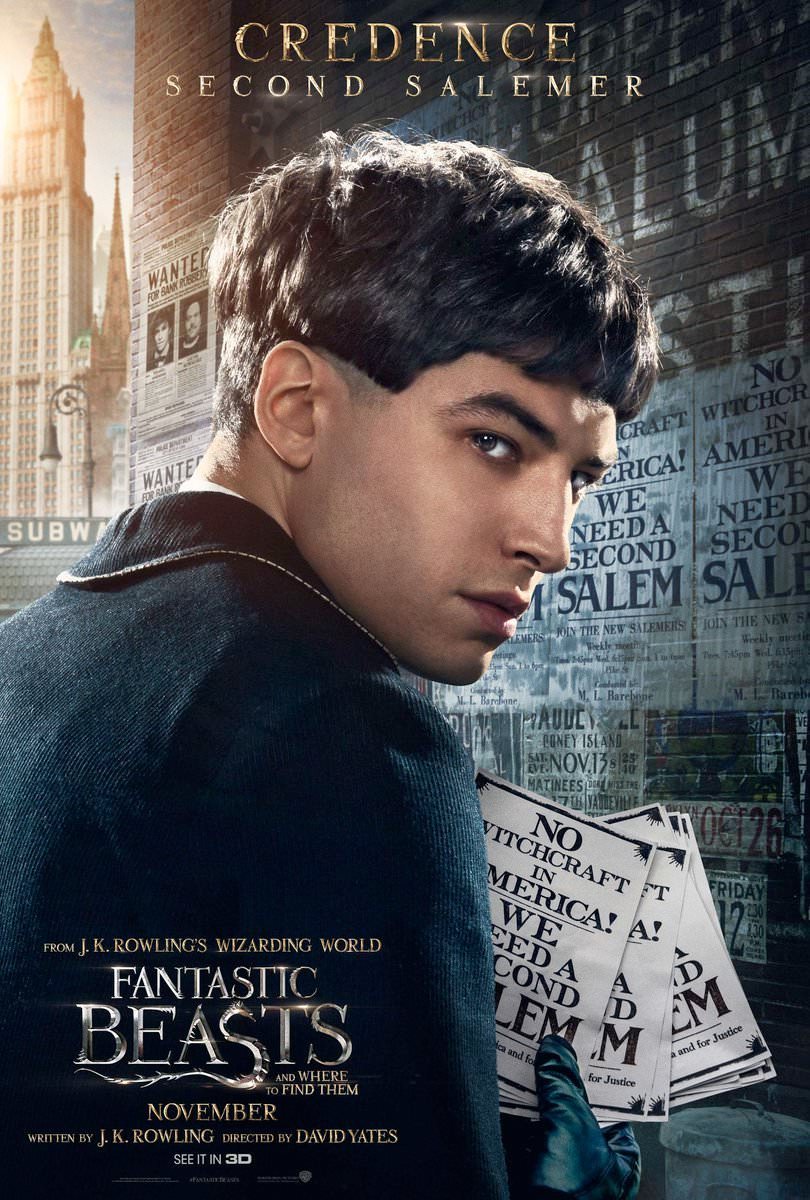 The Second Salemers, as you can probably guess, are a group of No-Maj's (the American version of Muggles—people without magic) who are out to rid the country of witches, a "second Salem Witch Trial," if you will. Considering that Miller's character is an adopted son, there's speculation he could turn out to be a wizard himself. 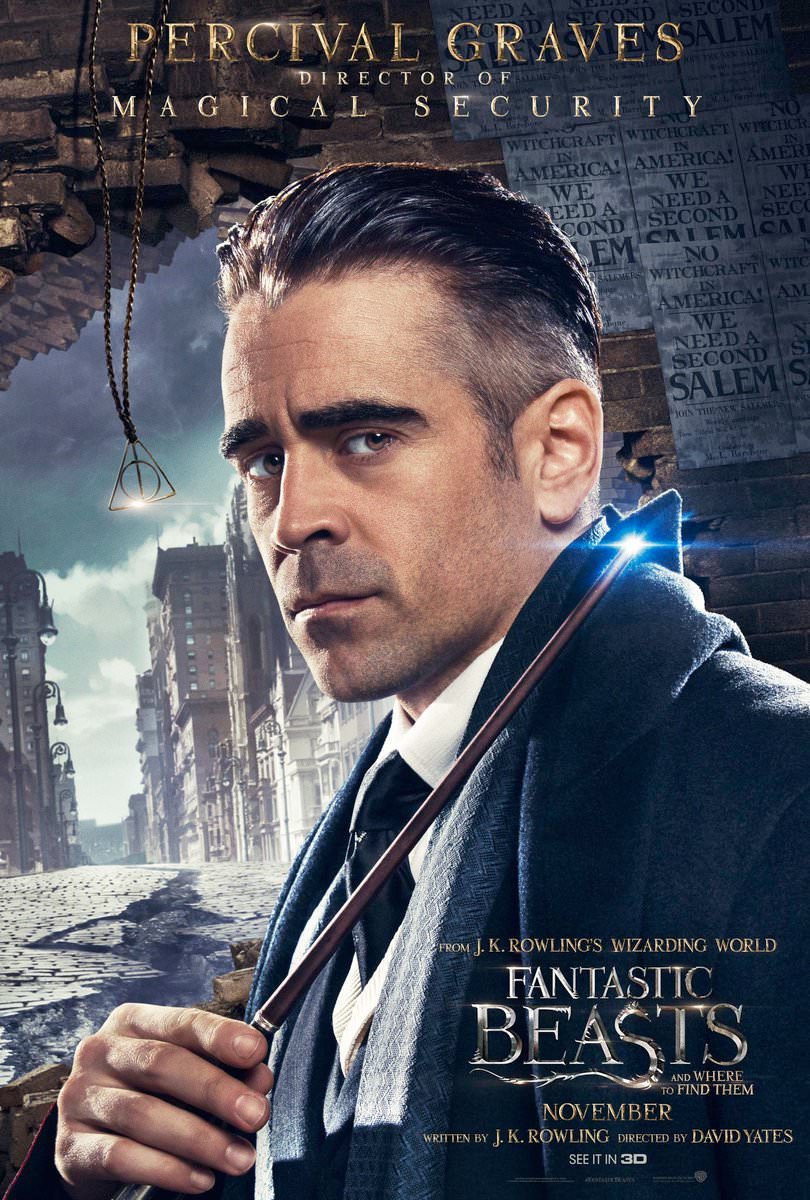 Remember that in the final trailer, we learned that the evil wizard Gellert Grindelwald is at large, and that he'd been trying to round up the Deathly Hallows. How does this tie into Percival Graves? Might he have access to one of them?

Check out the rest of the posters below, and enjoy the little details you'll see scattered throughout. Before you do, however, read this updated synopsis about the film:

There are growing dangers in the wizarding world of 1926 New York. Something mysterious is leaving a path of destruction in the streets, threatening to expose the wizarding community to the Second Salemers, a fanatical faction of No-Majs bent on eradicating them. And the powerful, dark wizard Gellert Grindelwald, after wreaking havoc in Europe, has slipped away and is now nowhere to be found.

Unaware of the rising tensions, Newt Scamander arrives in the city nearing the end of a global excursion to research and rescue magical creatures, some of which are safeguarded in the hidden dimensions of his deceptively nondescript leather case. But potential disaster strikes when unsuspecting No-Maj Jacob Kowalski inadvertently lets some of Newt’s beasts loose in a city already on edge—a serious breach of the Statute of Secrecy that former Auror Tina Goldstein jumps on, seeing her chance to regain her post. However, things take an ominous turn when Percival Graves, the enigmatic Director of Magical Security at the Magical Congress of the United States of America (MACUSA), casts his suspicions on both Newt and Tina.

Now allied, Newt and Tina, together with Tina’s sister, Queenie, and their new No-Maj friend, Jacob, form a band of unlikely heroes, who must recover Newt’s missing beasts before they come to harm. But the stakes are higher than these four outsiders—now branded fugitives—ever imagined, as their mission puts them on a collision course with dark forces that could push the wizarding and No-Maj worlds to the brink of war. 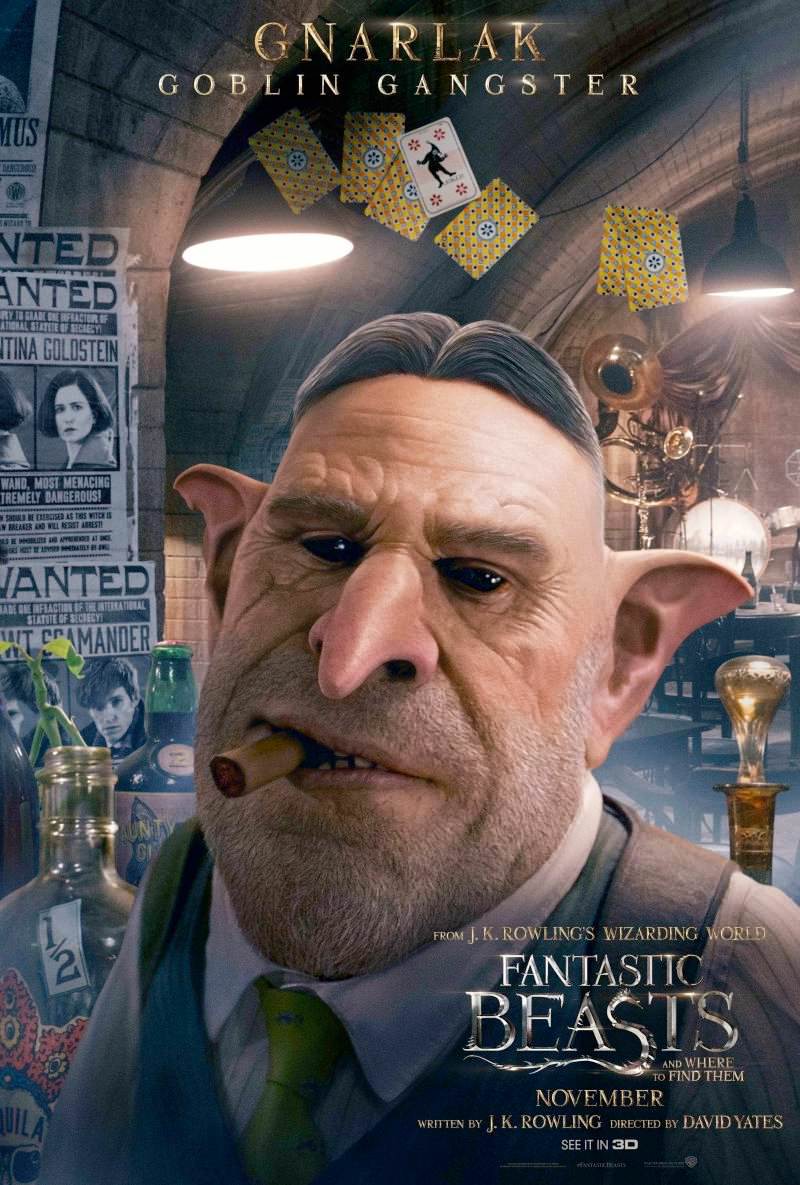 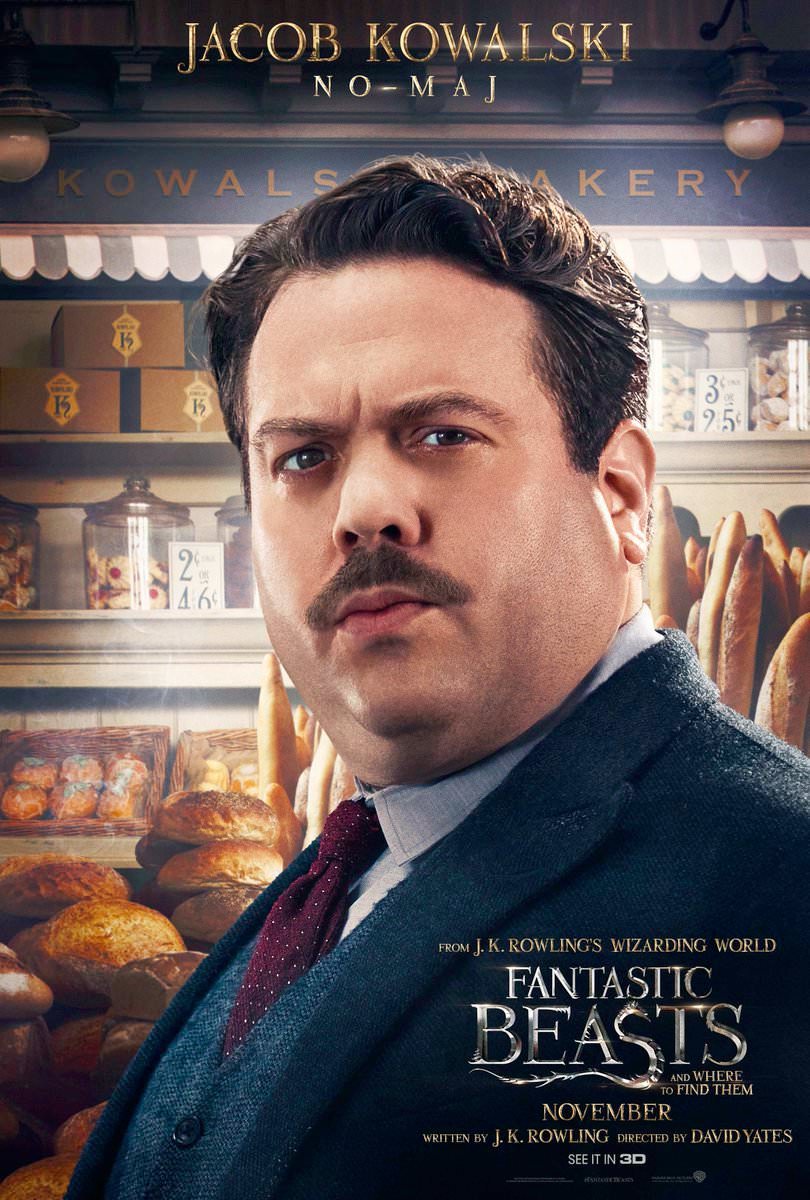 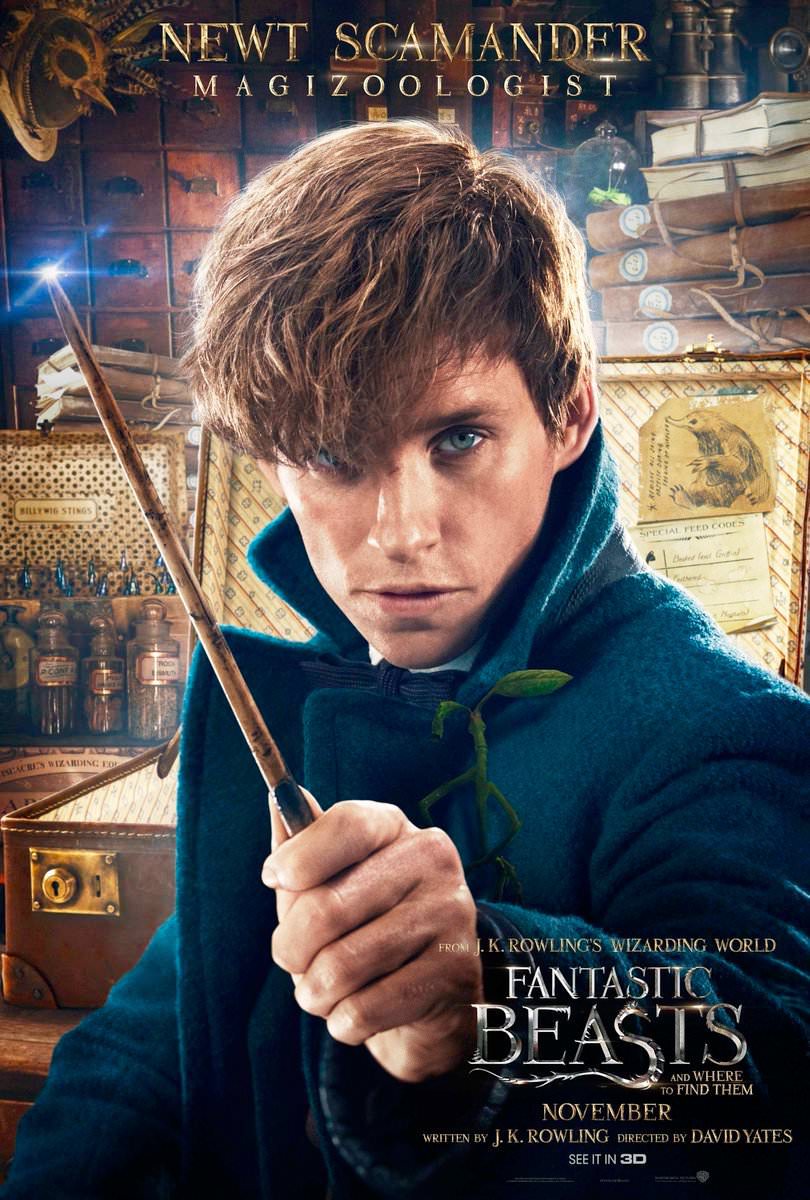 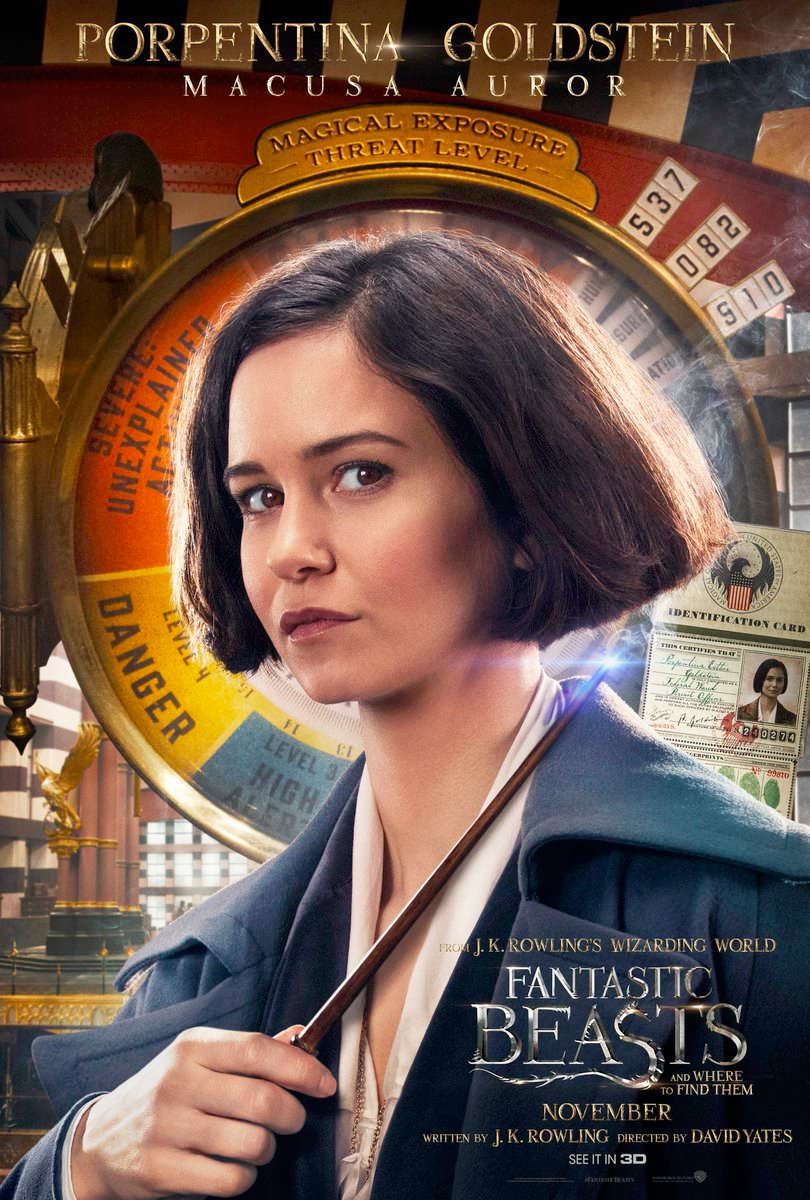 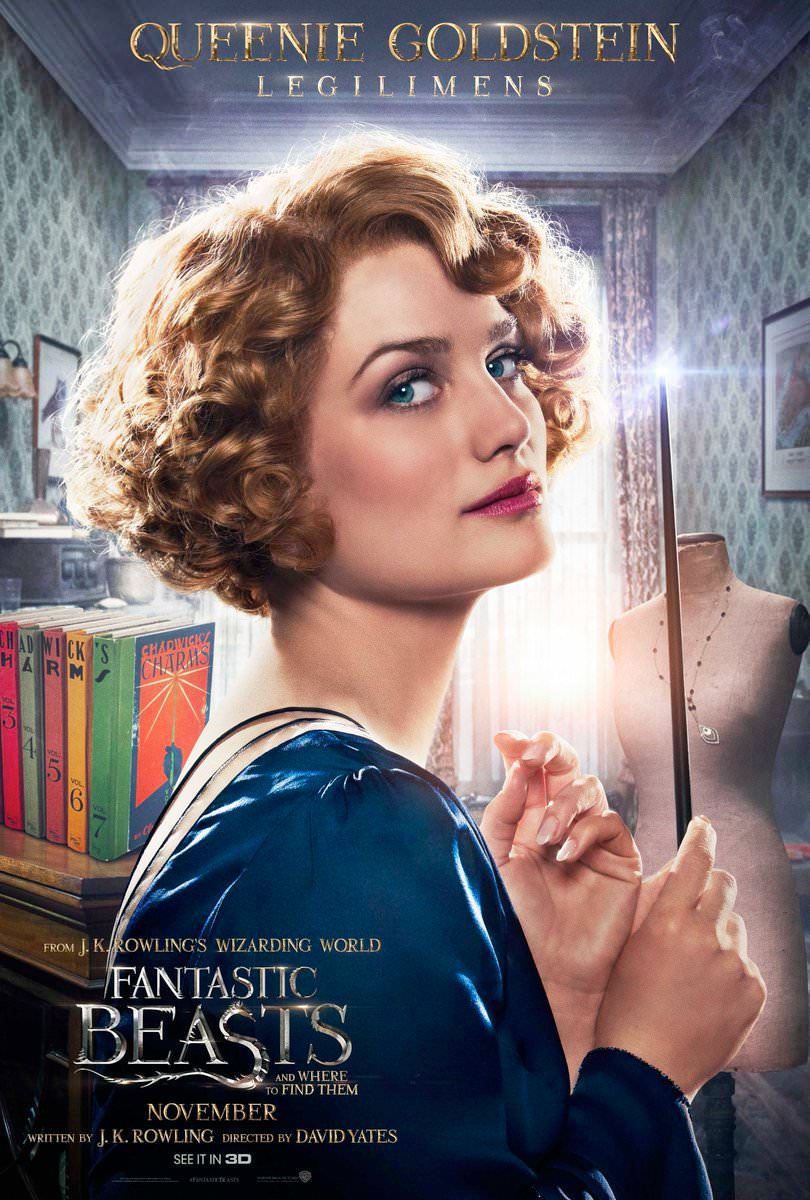 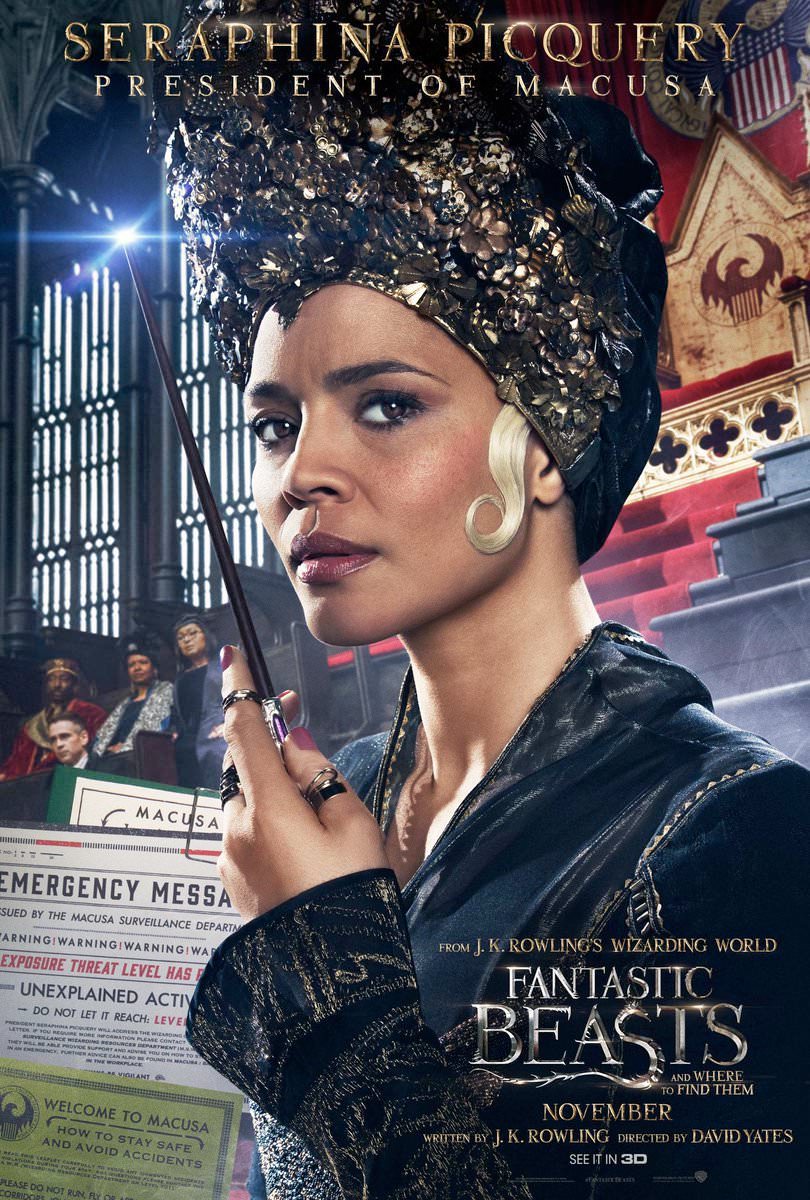 Fantastic Beasts and Where to Find Them arrives on November 18.