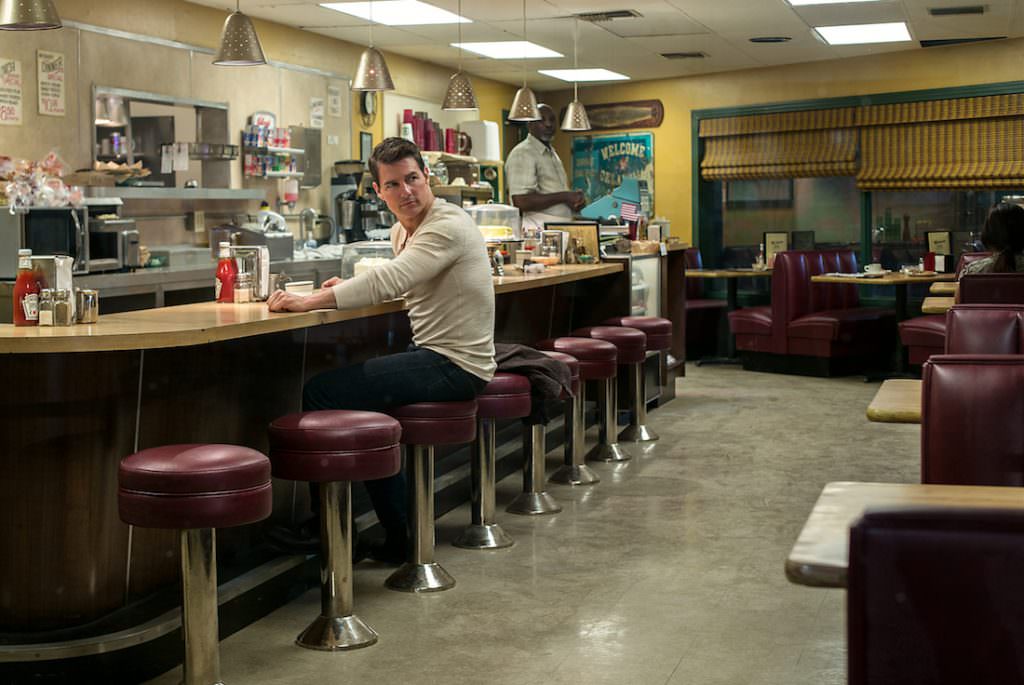 If Jack Reacher (Tom Cruise) has met anyone even remotely on his level, it's Army Major Susan Turner (Cobie Smulders), a bad ass in her own right who finds herself in no small amount of trouble in Never Go Back. It's up Reacher to spring her from the clink and, with her help, go on the lam and uncover the truth behind a major government conspiracy that involves the death of U.S. soldiers. The film is based on "Never Go Back," the 18th book in Lee Childs' "Jack Reacher" series.

As you'll notice in this new clip, Turner is no slouch in the hand-to-hand combat department. When three men are sent into her cell to kill her, Reacher arrives to help free her, but Turner's plenty of capable of taking them men out on her own.

Directed by Edward Zwick (Pawn Sacrifice, Blood Diamond), Never Go Back was filmed in New Orleans, Baton Rouge, and St. Francisville, Louisana. Cruise is one of the best in the business when it comes to credible action, and Smolders, having proved herself so well in The Avengers and Captain America: Civil War as someone who can hold her own in a fight scene, Never Go Back has a good chance at besting, both critically and commerically, the reception of 2012's Jack Reacher.

The film opens on October 21.