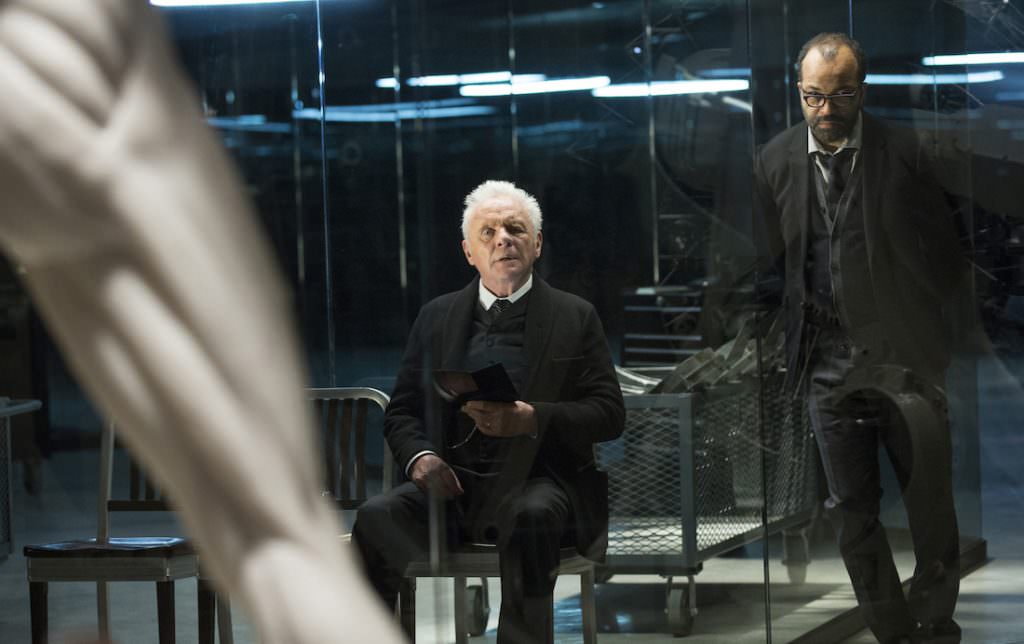 If you’re not excited about HBO’s sci-fi/western epic Westworld, you might not have been paying close enough attention. Luckily, HBO keeps giving us new glimpses into their ambitious series (a re-make of the 1973 Michael Crichton film that takes the premise and expands it, grounds it, and gives it much grittier, gutsier tone).

"Imagined you were completely immersed in a fantasy, one in which you could do whatever you want, consequence free. If a simulation was immersive enough, would you start to discover things about yourself that you didn't want to know?" This is the overarching premise of the show, created by Jonathan Nolan (writer on The Dark Knight, Interstellar, Inception), J.J Abrams (Star Wars: The Force Awakens, etc.) and Lisa Joy (Pushies Daisies, Burn Notice). If you don't know by now, the titular Westworld is a frontier-set theme park inhabited by "hosts," incredibly life-like robots who are unaware they're there for the enjoyment (in whatever form that takes) of the paying, 21st century guests. But the theme park begins to implode when the hosts start to question their roles, and, their existence.

Two of the those robots are Dolores (Evan Rachel Wood) and Maeve (Thandie Newton). While brief, this character promo hints at the role these two "hosts" will play in rebelling against their makers (including Dr. Ford, played by Anthony Hopkins).

Westworld will deliver10 episodes this fall, premiering this Sunday, October 2 at 9 PM ET.