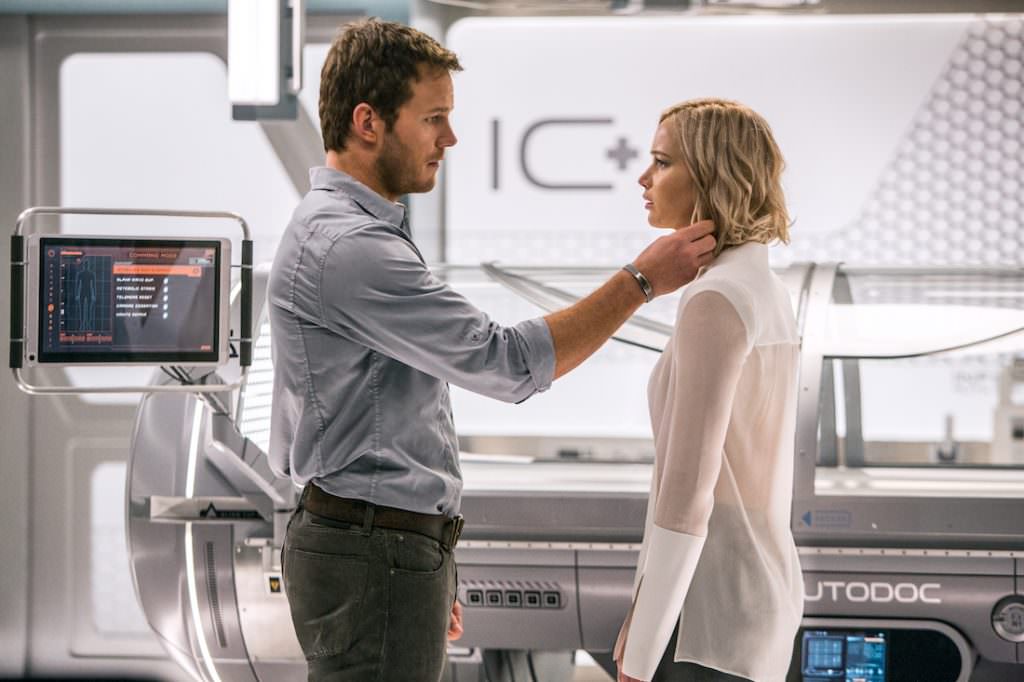 Director Morten Tyldum’s Passengers is based on a delicious conceit; Two passengers (Jennifer Lawrence, Chris Pratt) aboard a spaceship awake from cryogenic sleep 90 years before anyone else. Tyldum is no stranger to mind-bending stories; he was the man behind 2014’s The Imitation Game, starring Benedict Cumberbatch as the father of the computer.

While Turing’s story is a tragic one, the sci-fi romance of Passengers at least offers a chance for happiness. When Jim (Chris Pratt) and Aurora (Jennifer Lawrence) wake up before the thousands of others aboard their colony ship, they realized that they’re going to spend the rest of their lives together, just the two of them, on a ship that has everything they need save any other conscious passengers. When they start to fall in love, they become aware that their budding romance isn't just the stuff of cosmic luck; there's something wrong with the ship, and considering they're the only two people awake, it's up to them to fix it before everyone dies.

Jon Spaihts wrote the script, and despite the premise, there are indeed other fine actors in the film, including Michael Sheen as a robot bartender and Laurence Fishburne.