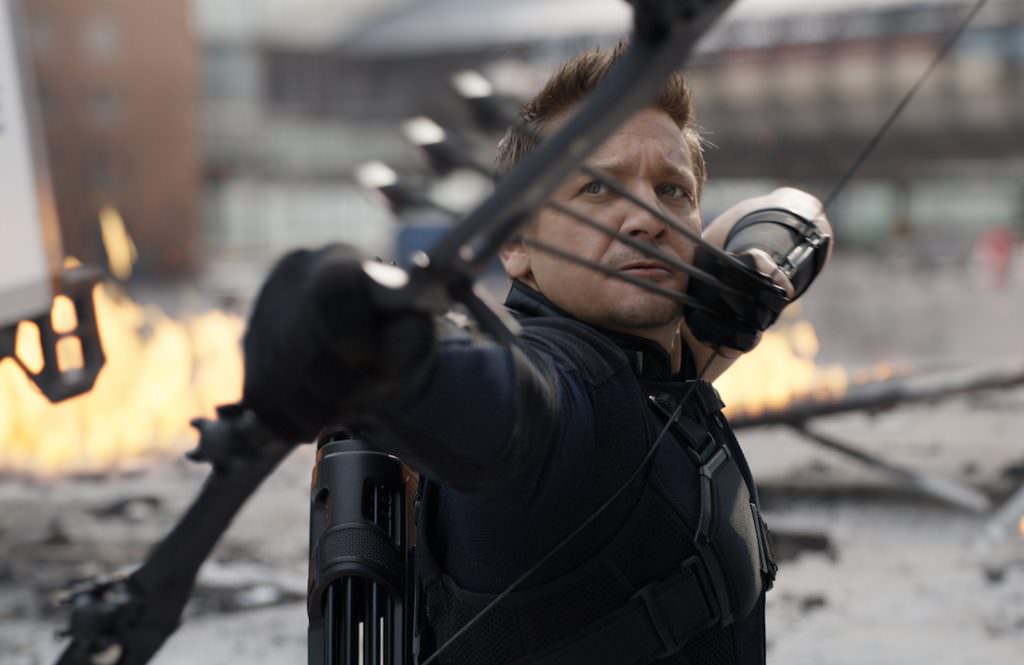 What it would be like if The Winter Soldier had to take Captain America's shield and, perhaps, take on his identity as our most moral superhero? That's the sly joke (one of the jokes, anyway) in a deleted scene from Captain America: Civil War. The Winter Soldier gets to experience what it's like to wield the vibranium shield when Cap's momentarily taken out of the action.

This deleted scene takes place during the clash in the film's title; Team Cap and Team Iron Man's battle royale at the abandoned airport. You'll see War Machine fly in low and come after Cap, who falls and loses his shield in the process. Cap's best friend, and one of the sources of this internal supe-v-supe fisticuffs, picks up the shield and uses it to go after War Machine (with a bit of help from loyal Team Cap lieutenant Falcon). There's a moment where you can sense the Winter Soldier ponders what it would be like to add the shield to his metal arm, the ultimate one-two punch.

Directors Joe and Anthony Russo explained to Entertainment Weekly the genesis of the scene and the reason it was ultimately left on the cutting room floor:

“The airport sequence was obviously complicated,” Joe Russo told them. “We wanted to track everybody’s arc and we felt like it was a hair too long, and that beat was coming at a spot when the energy was dropping. We actually made that up on set. It was not scripted. We were looking for a transitional moment to get Cap and Bucky back together, but in editorial we ultimately realized we didn’t need that transition. It’s actually one of my favorite beats in that whole sequence, but it’s just a function of storytelling and editing, and wasn’t something we needed to tell the story, but it’s a great bit for the DVD.”

They liked it enough that you can now watch the scene as part of the deleted scenes for the in-home release, which you can download on September 2, and in the Blu-ray collection, which comes out on September 13.

You can watch the scene here.

For a look at Vision's budding relationship with the Scarlet Witch (which also ended up factoring in to the big battle, in a brief but telling moment when Vision loses his focuses), check this out: