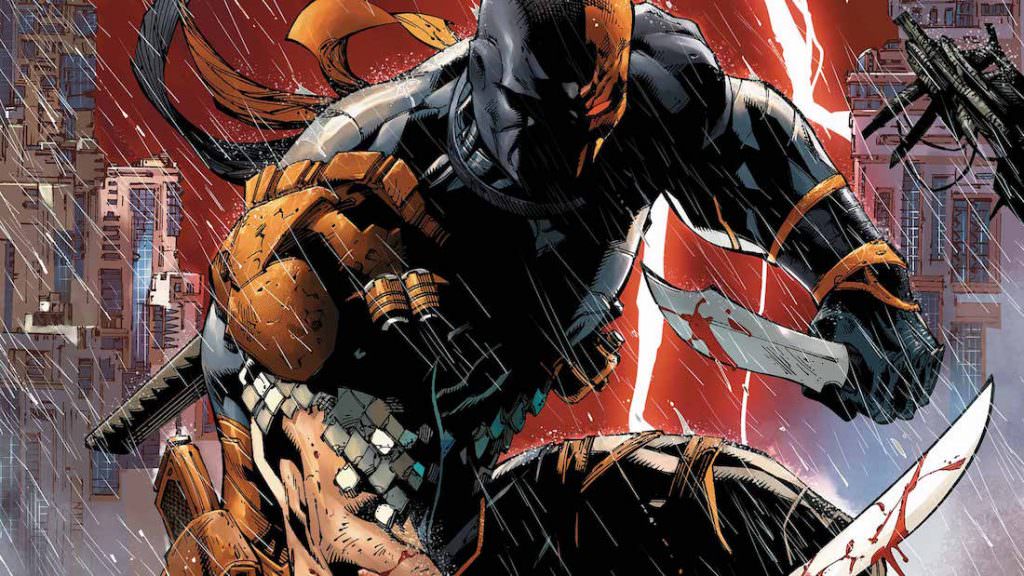 Warner Bros. dropped our first peek at Justice League a month ago via this pretty sweet Comic-Con reel. Today, thanks to Batman himself, Ben Affleck, we've got another taste of what's to comein the undeniably potent form of DC villain Deathstroke. First, a refresher with the Comic-Con reel:

Now onto Deathstroke. Affleck's video reveals that Steppenwolf won’t be the only villain battling Batman, Wonder Woman, the Flash, Cyborg and, we assume, a resurrected Superman. Affleck is staying silent on details, posting only a 27 second clip of the monitor footage. The clip is silent, but the imposing villain already looks chilling. This will be the first live action film featuring the classic character. If Affleck’s teaser is any indication, the alter ego of Slade Wilson will don the orange and black suit seen in the comics.

So who is Deathstroke? Slade Wilson, aka Deathstroke, was created in 1980 by Marv Wolfman and George Pérez. He's an assassin and mercenary and assassin who has fought with the likes of Batman and Green Arrow. What makes him so formidable? Aside from being an expert in martial arts, the man's got some seriously enhanced speed, endurance, reflexes, healing powers and stamina thanks to a serum he ingested. On top of that, he's something of a tactical genius. While Deathstroke has made some appearances on TV, most notably in Lois & Clark: The New Adventures of Superman, Smallville, and Arrow, Justice League will be the first time this super assassin has appeared in a live-action movie.

Justice League is currently in production in London, but doesn’t hit theaters until November 17, 2017 so we hope to see more of Deathstroke by then!