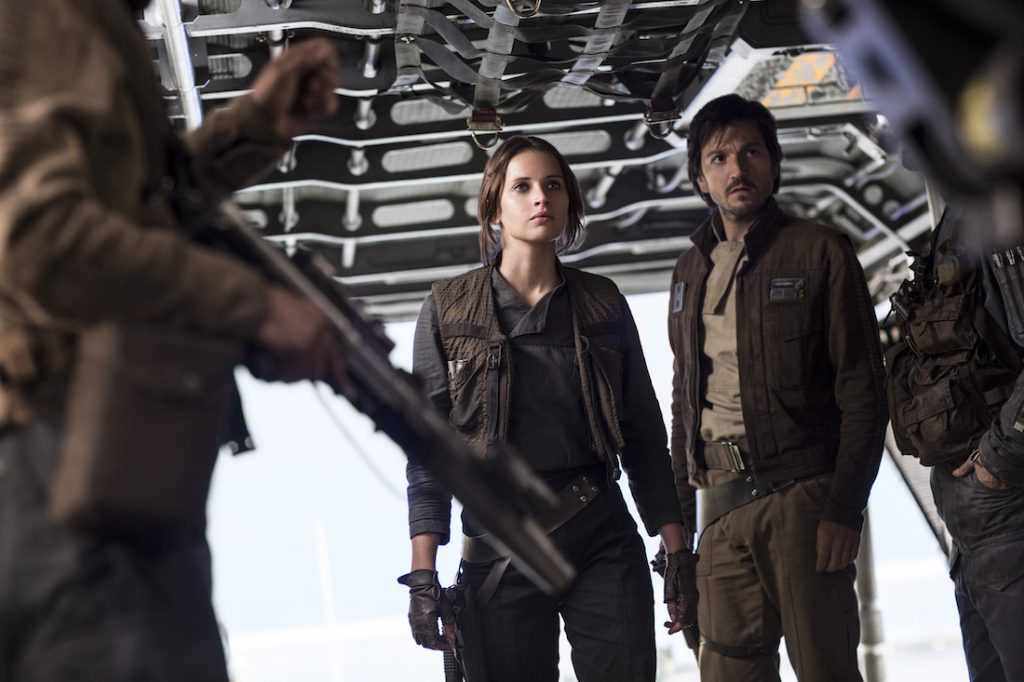 Hot on the heels of last week’s new Rogue One: A Star Wars Story trailer, a Japanese version has dropped online. There are a few brief shots of new footage, and a nice shot of some Stormtroopers arriving in what appears to be a first-of-its-kind in a Star Wars film—a tank. As we've discussed before, director Gareth Edwards' film has the feel of a war epic that exists within the Star Wars galaxy, a unique tone we haven't seen before.

With the passing of R2-D2 actor Kenny Baker, the events in Rogue One feel even more timely. The action in Rogue One leads us directly to the beginning of A New Hope, the 1977 original film that set this entire Star Wars saga into motion. You've got a group of rebels soldiers, led by Jyn Erso (Felicity Jones) who are on a crucial mission to steal the plans to the Death Star, the Empire’s planet-obliterating new weapon. These are the plans that end up in a little droid by the name of R2-D2, so wonderfully inhabited by Baker for the first six films in the franchise. Rogue One will show us but now exactly how that happened.