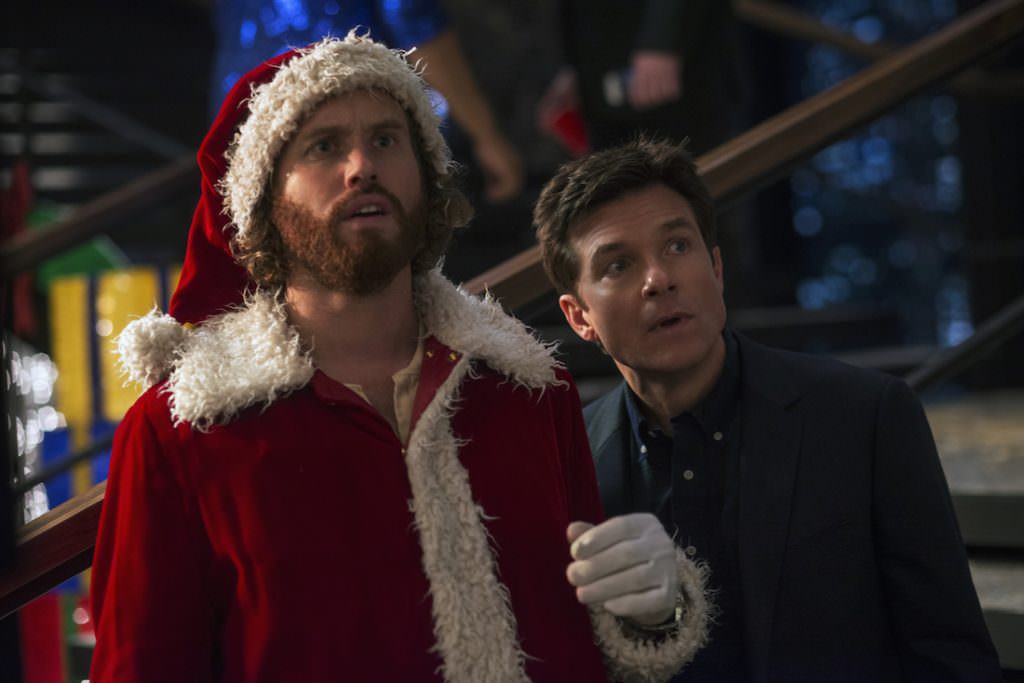 So what's Office Christmas Party about? Well, an office Christmas party, one in which the employees go absolutely insane and the office is decimated. With a cast of stellar comedic actors, it would be enough if Gordon and Speck just let the camera roll on them improvising, but there's an actual conceit here; When the CEO (Aniston) tries to close her hard-partying brother’s branch (Miller), he and his Chief Technical Officer (Bateman) must rally their co-workers and host an epic office Christmas party in an effort to impress a potential client and close a sale that will save their jobs.

We're not sure how drunkenly xeorxing your butt and having a flaming Christmas tree joust will impress a potential client and save their jobs, but, we're looking forward to finding out. There's a long, rich tradition of the Insane Party in film history, from Animal House to Old School, and Office Christmas Party looks to be following in that gleeful, glorious mode.

Office Christmas Party will come barreling into theaters on December 9, 2016, which will be a nice burst of comedic lunacy in what's usually a very somber, Oscar-aimed drama season.