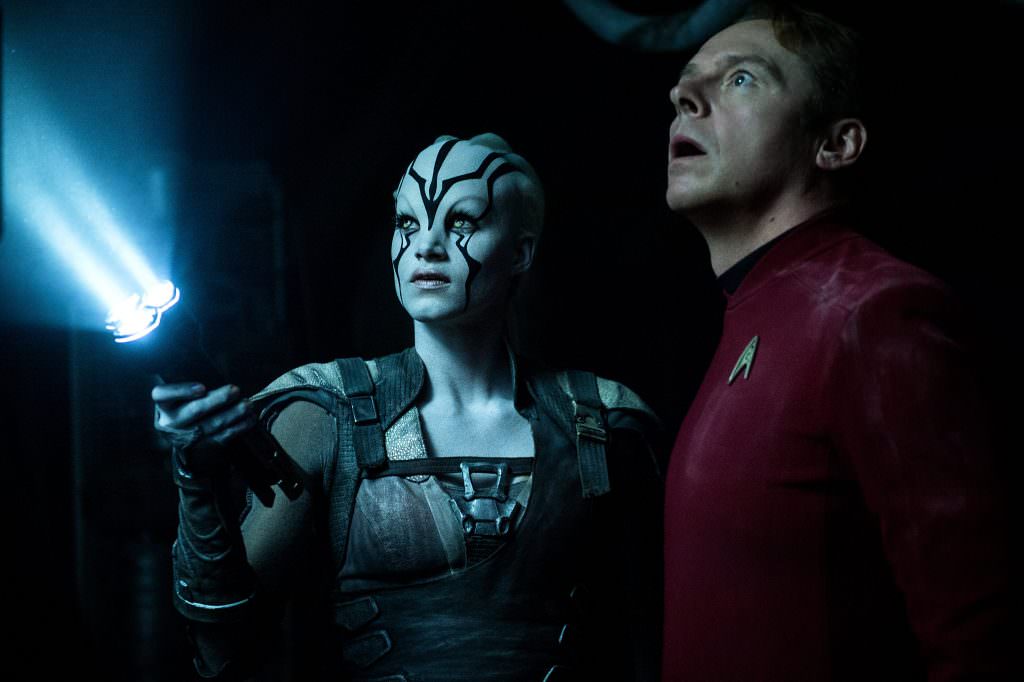 We've got a little more than two months before Star Trek Beyond hits the theaters. Today, Paramount Pictures revealed the full Star Trek Beyond trailer at a special fan event on the Paramount lot in Los Angeles. Beyond brings back Chris Pine, Zachary Quinto, Zoe Saldana, Karl Urban, Simon Pegg, Anton Yelchin and John Cho, and adds some major star power with Idris Elba. Sofia Boutella and Joe Taslim are also on board. Justin Lin is directing from a script by Simon Pegg and Doug Jung, which adds yet more promise to this next galactic adventure.

The trailer is juicy, with a great sequence in which The Enterprise goes down and our heroes face Krall (Elba), whose handsome face is hard recognize him under those spines.

Star Trek Beyond hits theaters on July 22, roughly two months before the Star Trek franchise celebrates its 50th anniversary. As we wrote last week, a new television series is also on the way in 2017 with Bryan Fuller (Hannibal, American Gods) serving as co-creator and executive producer.

Check out the trailer below, and let us know what you think: