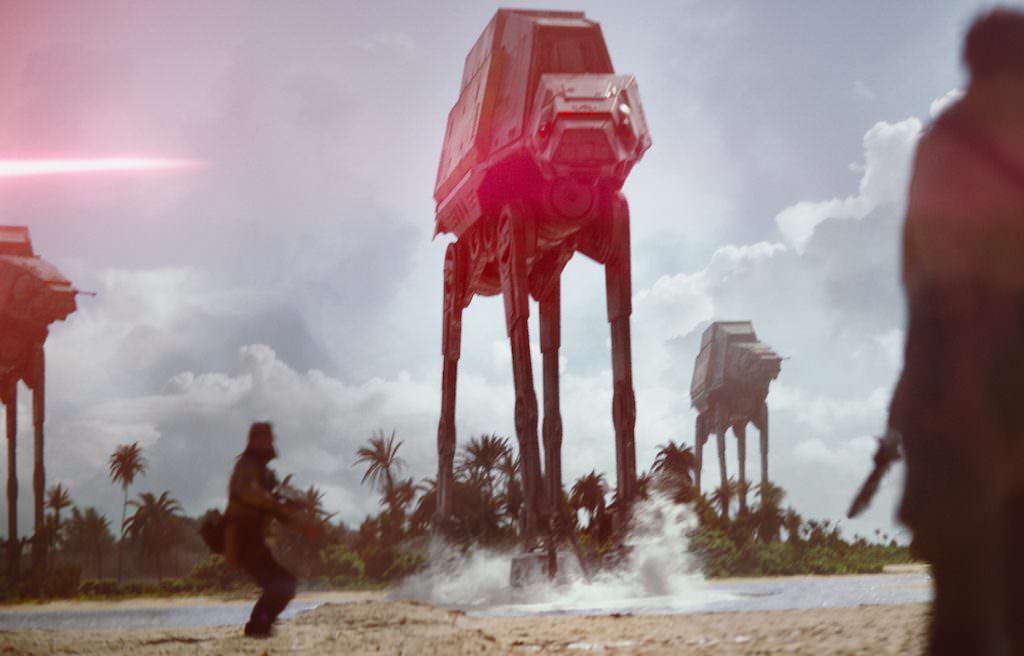 We took one giant step forward into a whole new era with Star Wars: The Force Awakens, which took us 30-years after the events of Return of the Jedi and introduced us to a new set of characters (and re-introduced us to some old favorites). You've probably heard that film struck a chord with folks and did okay for itself. Now, we're getting a look at the first teaser trailer for the relatively less-hyped next Star Wars film, one that follows a crucial heist that brings us back before the events of A New Hope. In Rogue One: A Star Wars Story, we follow a band of resistance fighters who take on a kind of galactic Mission: Impossible—to steal the Death Star plans. These are the folks you read about in the very first Star Wars crawl:

It is a period of civil war. Rebel spaceships, striking from a hidden base, have won their first victory against the evil Galactic Empire.

During the battle, Rebel spies managed to steal secret plans to the Empire's ultimate weapon, the DEATH STAR, an armored space station with enough power to destroy an entire planet.

Here's your first look at Rogue One: A Star Wars Story and those Rebel spies.