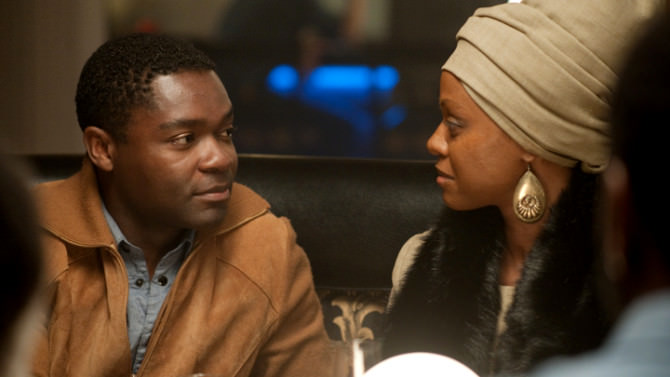 Last year, Netflix released What Happened, Miss Simone?, a critically acclaimed, Oscar-nominated documentary that utilized rare archival footage, never-before-heard recordings and her most beloved work to tell the story of one of the 20th century's most potent singers, Nina Simone.

Simone is such an iconic figure that news that a biopic was also being produced was hardly surprising, so when writer/director Cynthia Mort (The Brave Rone, TV's Roseanne) wanted to tackle a dramatic retelling of the legendary figure's life, it seemed entirely appropriate. Ray Charles got his due with Jamie Foxx's Oscar-winning performance in Ray, and Johnny Cash got his with Joaquin Phoenix's Oscar-nominated turn in Walk the Line (which helped spawn Jake Kasdan's spoof, Walk Hard: The Dewey Cox Story, with John C. Reilly playing the titular musician), and country western legend Hank Williams will be played by the British Tom Hiddelston in this year's I Saw the Light. Simone is worthy of as many film interpretations as filmmakers are able to attempt.

When Zoe Saldana was cast as Nina Simone in Mort's Nina, however, a controversy was born. When the idea for a Simone biopic was first bandied about in 2010, the original star was set to be Mary J. Blige. There was a vocal contingent of people who felt Saldana was too light-skinned to play Simone, who battled prejudice her entire career because of her dark skin, despite her obvious, overwhelming talent. Then there was the issue that Simone's daughter, Lisa Simone Kelly, didn't approve of the way Mort depicted Simone in the film. The fact that What Happened, Miss Simone? was not only finished first, but earned an Oscar and Lisa Simone Kelly's blessing, has put Nina's filmmakers in an uncomfortable position of coming second, behind a critically lauded film and without the tacit approval of the subject's own family to boot.

Nina will bow on April 22, both in theaters and VOD, and ultimately viewers can decide whether the biopic has done the legendary figure justice or a disserve. Co-starring David Oyelowo as her manager Clifton Henderson, Nina appears to focus on a portion of Simone's career that spans from rock bottom to rising back up, and as much as can be gleaned from 2:30 of a trailer, for those willing to overlook the intrigue surrounding the film and judge it on its' own merits, Nina looks, well, pretty worth watching. Nina Simone was a seminal figure, not just in music, but in the Civil Rights movement and the culture at large. The more younger generations know about her, the better.

Check out the new Nina trailer, which premiered on USA Today, below.