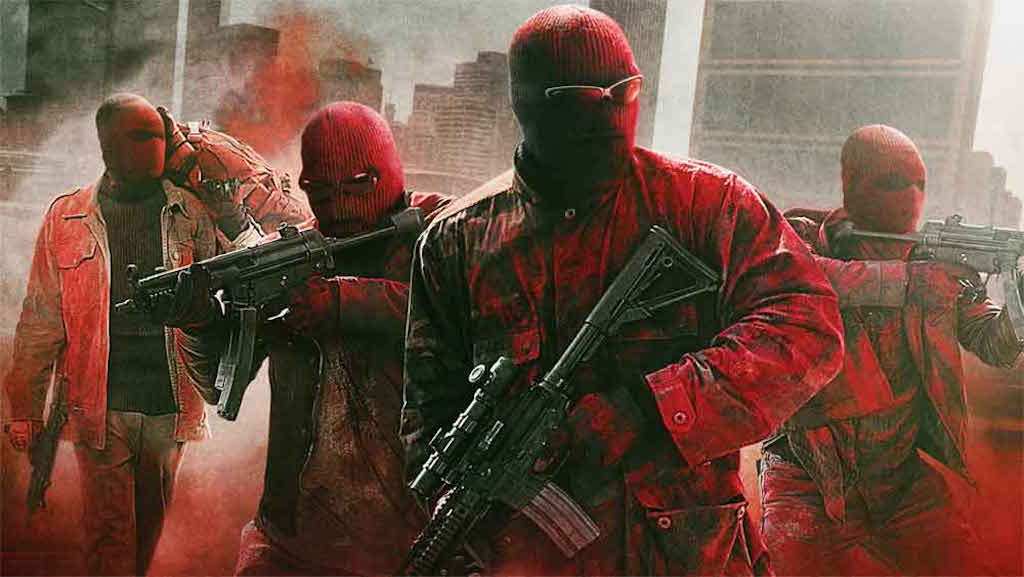 Beyond Triple 9: The Cinematic Tradition of the Heist

There are few things more cinematic than the film heist. In fact, the notable subgenre of the crime film had its beginnings shortly after the advent of film itself with Edwin S. Porter’s The Great Train Robbery in 1903. In the ‘40s, as the popularity of the gangster film and the film noir rose, and the traditional format of the heist film surfaced in the form of John Huston’s The Asphalt Jungle, which perfected the tenets of the genre and helped to pattern over 65 years of subsequent films.

The premise is simple: a singular mastermind draws together a web of useful (and often idiosyncratic) accomplices, each with a special skill to help pull off a robbery or other similar job. Time is devoted to planning and cementing the logistics of the heist, and eventually the job is put on: leading to an intense sequence usually involving a failing and subsequent dissolution of the group and the heist itself.

The decidedly modern Triple 9 is set to bring the heist film well into the 21st century with a new breed of thriller: a gritty and deeply suspenseful crime film that seems miles away from the cool and collected jobs of Rififi and Ocean’s Eleven. Drawing on the rich tradition of the heist while simultaneously abandoning many of the subgenre’s defining features, Triple 9 begs a look back at the evolution of the heist film since its official debut 66 years ago. In honor of the film’s release, we take a look at nine key films that both helped define the genre and move it forward towards its next inevitable iteration.

Lifting the blueprint from The Asphalt Jungle and expanding the concept of the heist to a job of mathematical complexity and intricate delicacy, Rififi is easily one of the first films to constitute the genre as it still stands: a film that is as much about the job as it is about the final reward. At the time of the film’s making, Jules Dassin was a filmmaker on the blacklist, directing films in France as a way to avoid the Hollywood censors.

Notable Features: The film is most unique for its unprecedented and extended heist sequence which runs nearly a half-hour and includes minimal dialogue, devoting itself instead to the process of the job.

Though Jean-Pierre Melville would eventually become known for his film noir-infused crime films, at the time of Bob Le Flambeur’s making, Melville was a little known French director, whose favorite film was Huston’s The Asphalt Jungle. Centering around a complex casino heist and dripping with characteristic Melville cool, Bob Le Flambeur follows a stylish compulsive gambler’s plan to pilfer away a fortune being held on the casino’s grounds during Grand Prix weekend.

Notable Features: Bob Le Flambeur stands as emblematic of the crossover of American film pulp into the stylish films of the French, even before the Nouvelle Vague would cement itself in French and American consciousness nearly five years later.

An essential British heist film combining humor and thrills, The Italian Job pulls from the decades-cemented framework to build a uniquely comic car-chase epic. Starring Michael Caine, an actor already known for his work in the heist film Gambit, The Italian Job concludes in a literalization of the cliffhanger ending, with the gang’s stolen gold (and the group of thieves themselves) teetering off the edge of a cliff at the conclusion of the film.

Notable Features: The Italian Job helped to combine the chase film and the heist film, as well as establish the car chase film as a viable film type.

Dog Day Afternoon could be called the Murphy’s Law of heist films, a far cry from the previously established calm and collected jobs of the ‘50s. Centering around a robbery conducted at a fever pitch of disorganization, our central young robber (Al Pacino) holds up a bank, determined to steal enough money for his lover to undergo a sex change operation. The film unfolds over the course of an afternoon in which what was meant to be an under-the-radar job transforms into a media circus and an intense hostage negotiation. Lumet relied heavily on improvisation (which includes the iconic “Attica! Attica!”) and Pacino’s dedicated method acting to create one of the most emotionally impactful heist films ever made.

Notable Features: Dog Day Afternoon displays the real-world implications of the impact of heist and other crime films, as the script itself was inspired by a true-life story about a robber who patterned his plan based on repeated viewings of The Godfather.

Spinning on a convoluted plan including a love triangle and a multi-million dollar diamond heist, Charles Crichton’s A Fish Called Wanda is a spoof grown out of the comedy tradition of Monty Python whose premise is just the beginning of an increasingly complicated comedy of errors.

Notable Features: Director Charles Crichton is also most-well known for directing the Lavender Hill Mob, an early and important contribution to the heist genre back in 1951. But rather than preserve the generally humorless tone of that film, Crichton and John Cleese helped to introduce what could be considered one of the first ever heist spoofs.

Never one to leave a any genre untouched, Tarantino unleashed his now trademark nonlinear timeline on the heist framework. Reservoir Dogs centers around another diamond robbery, with a team of six wise-cracking criminals at the center. Rather than preserve the mystery of the success or failure of the job, Tarantino very quickly shows his hand, allowing Reservoir Dogs to unfold outside of the confines of the genre’s trademark narrative pressure.

Notable Features: A film-buff who counts the previously mentioned Bob le Flambeur among one of his favorite films, Tarantino pulls apart the expectations of such a film and puts it back together differently, delivering a slick stitched-up retelling of the decades-old tradition.

Framing grand criminal activity inside an intimate game of cat and mouse between an expert thief (De Niro) and a dedicated detective (Al Pacino), Michael Mann uses a unique narrative framework to deliver Heat’s impressive action set-pieces while reveling in the head to head showdown between the crime lord and policeman.

Notable Features: Heat takes its cinematic roots as a given, exploiting both sides of the criminal conflict to bring an extremely personal twist on the genre.

Kicking off what would become a relatively solid trilogy of heist films, Steven Soderbergh delivers Ocean’s Eleven, a stylish remake of the WWII themed 1960s film of the same name. The film surrounds the titular Danny Ocean (a never more suave George Clooney) as he assembles a crack team of 11 criminal whizzes to commit one of the biggest heists ever: three casinos, one night, $150 million.

Notable Features: After decades of attempting to establish new twists on the simple noir sensibilities of The Asphalt Jungle, Soderbergh breaks down and pays tribute to that very blueprint, (he even wanted to shoot the film in black and white) by delivering a satisfyingly by the book heist film that seems both refreshing and traditional.

One of the most visually inventive films of the 2010s, Nolan’s Inception is a rogue heist film, ditching the traditional duct-crawling and rope-dangling for something far more high-tech. Nolan constructs a criminal job of staggering proportions, leading our central mastermind (Leo DiCaprio) to reach into his mark’s mind instead of just his pocket book.

Notable Features: Ditching the street level planning for high-level heists, Nolan turns the traditions of the genre on its head by planning a job around planting something of great value, rather than stealing it, and creating one of the most visually inventive films of the genre in the process.