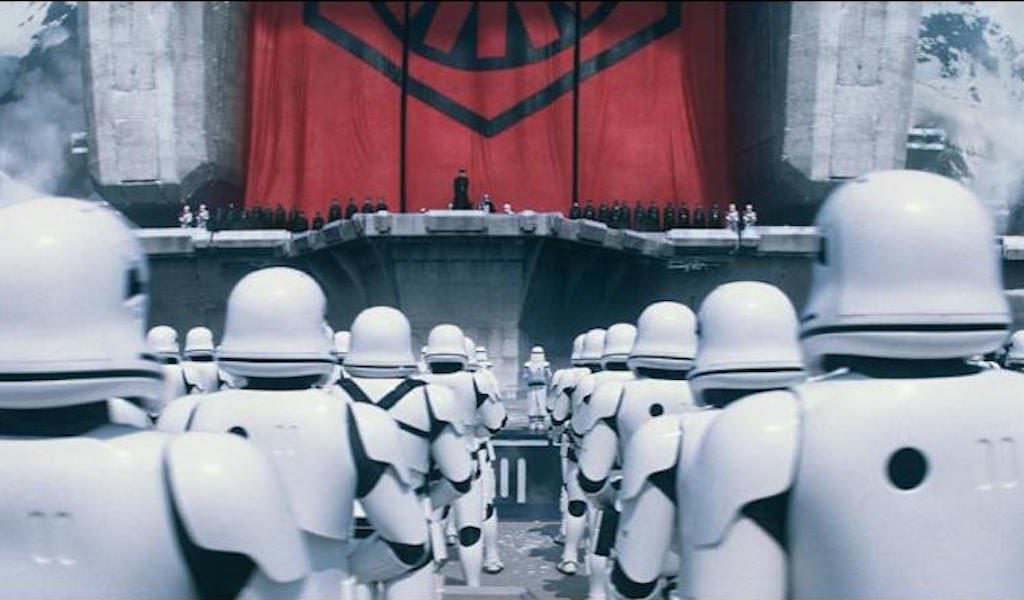 Even if people weren't going to see Star Wars: The Force Awakens multiple times (and they are), it would have gone on to become a record-shattering box office smash regardless. Yet what many of those folks who keep going back are doing is scrutinizing every last little detail, able to concentrate on things going on in the far reaches of the screen without worrying about following a plot they already know so well. It's during these repeat viewing experiences that Star Wars fans can hunt for the easter eggs and hidden details that are simultaneously delightful and, to the discerning fan, potential clues. And a lot of these aren't throwaways details, either. Yes, the fact that Daniel Craig was the Stormtrooper that Rey Jedi mind tricked isn't crucial to the larger Star Wars narrative, but, this moment is a call back to the original Star Wars, when Obi-Wan pulled a similar move to keep R2D2 out of the hands of the Imperial Forces. These tiny details help link The Force Awakens to the previous films, further enmeshing viewers in a story that has spanned generations. J.J. Abrams not only made Han Solo, Leia and Luke huge parts of The Force Awakens, he further linked the beloved three original films to his through the smattering of crucial, blink-and-you'll-miss-them details that function as connective tissue between each film. But there are also, admittedly, lots of details Abrams and his team sprinkled throughout the film that were simply for fun. Like, say, the Beastie Boys call out. And, of course, the incredible cameos in the film.

But don't take our word for it; Screen Rant has created the below video that reveals 10 hidden details J.J. Abrams franchise rebooting The Force Awakens. Enjoy.