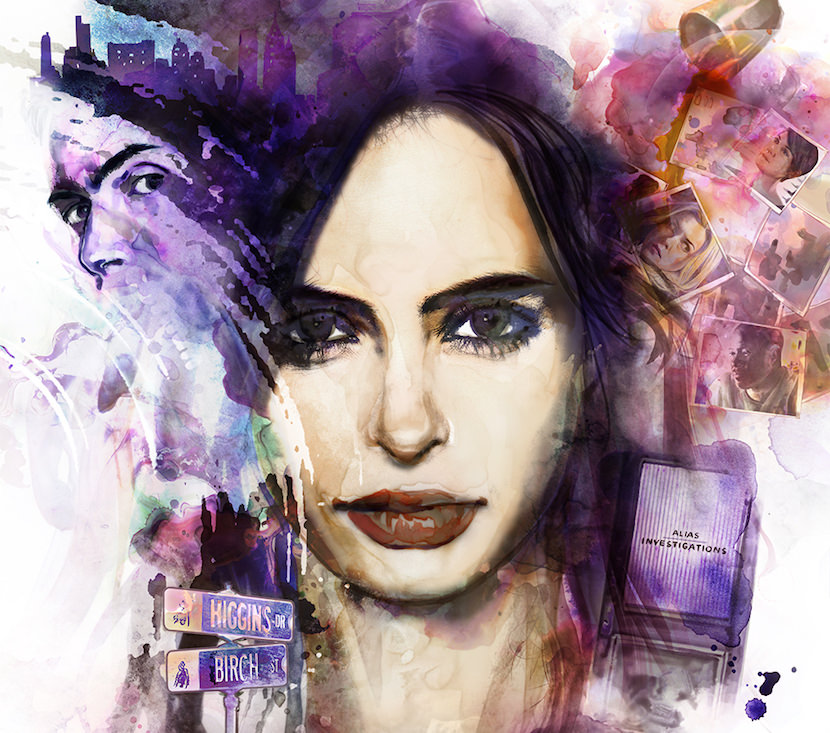 Who is Jessica Jones? Details on the New Netflix Series & 4 More Fierce Superheroines

Establishing itself as a gritty and faithful Marvel outlet with last year’s dark retelling of Daredevil, Netflix is now trying their hand with Jessica Jones, an original series based on Brian Michael Bendis’ comic series, Alias. Originally published under Marvel’s adult label Max, the series was an unapologetic sex and profanity-filled epic, drawn together around a singularly sassy, self-possessed and incredibly damaged superhero. Created by Melissa Rosenberg of Dexter and Twilight fame, Jessica Jones stars the always brilliant Krysten Ritter as the titular heroine, and Dr. Who’s beloved David Tennant in a surprisingly villainous turn.

But just who is Jessica Jones? As per the comics, Jones receives her powers after being involved in a car crash that puts her into contact with radioactive materials, leaving her orphaned and with superhuman powers of strength, durability and flight. Inspired by her infatuation with Spiderman, Jones first picks up her cape as Jewel, a costumed superhero who conducts quiet, well-intentioned missions while trying to brush up on her flying (the only power she never quite mastered). But her career stops short when she encounters Killgrave, aka the Purple Man, a devious mind controller and long time foe of Daredevil. Kidnapped and psychologically tortured for months, Killgrave slowly breaks Jones, using his powers to bend her to his will and tasking her with carrying out unspeakable crimes.

After experiencing intense violation at the hands of Killgrave and extreme PTSD as a result, Jones hangs up her cape to open a private detective agency. Despite protestations that her work is largely to support her propensity for alcoholic beverages (“Booze costs money you know,” Jones cracks in the official trailer for the series), she’s an effective private eye with just the right superhuman edge to close her cases. The damaged and self assured heroine who trades her costume and mask for bald-faced confidence has been called a “brawler” by the showrunner, with a “blunt, direct” manner that serves her well in combat.

The series will pick up during Jones’ PI phase and follows Killgrave’s re-entry into Jones’ life, disrupting her attempt at anonymity and bringing new danger back to Hell’s Kitchen. Already being praised for its frank take on sex and its horror film sensibilities, Jessica Jones looks to be a superhero show with flair and personality to spare.

In honor of Netflix’s sharp look at a female superhero with some serious baggage and an attitude to match, here are four other awesome female superheroes who are overdue for their own series treatment.

Though Batgirl appeared on the original Batman series in the 1960s, the recently updated Barbara Gordon who dons Doc Martens and makes her home in the hip Gotham borough Burnside is an increasingly complex and can-do heroine, whose expertise in forensic psychology and computer hacking make any challenge one Batgirl can solve. With a complicated past involving a serious defeat that left her with survivor’s guilt and PTSD, Barbara Gordon is a perfect hero for a Gotham’s outer boroughs and an ideal, quippy guide to all things super for the Millennial generation. (Unless she turns bad, of course.) 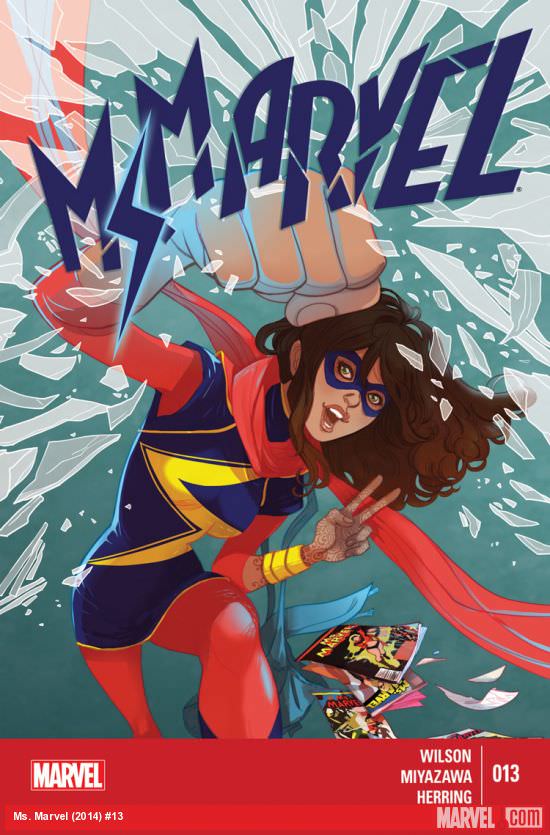 Taking up the Ms. Marvel mantle from the ultra-cool Carol Danvers is Kamala Kahn, a typical teenage girl from Jersey City with tons of homework and a meticulously updated fan-fiction series. Typical unless you count her polymorphic powers, bioluminescence and speedy healing, which she picked up after falling into accidental contact with some questionable fog. Juggling school dances and apocalyptic conflicts simultaneously,  Kamela is a fast-talking, Internet-obsessed teen whose normal journey of self-discovery just happens to involve some complications of heroic proportions. 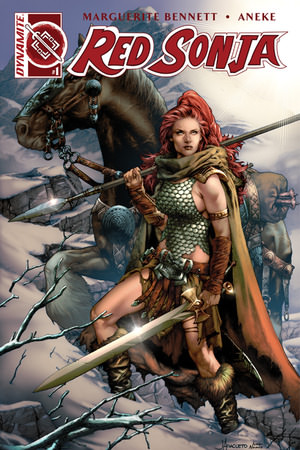 A wildly strong and impervious heroine known for her scant chainmail bikini that leaves little to the imagination, this skilled swordsmith employs her beauty with her brains, distracting most men so that they, “[Never] even notice her sword… Until their heads roll off their necks.” A superhero whose predilection for booze and beatings predates Wonder Woman as an early rad lady of comics, she’s reliably written by Gail Simone, whose feminist sensibilities keep Red Sonja fresh and cutting edge. Though there’s been talks of a film adaptation for over 5 years, with no official story on the books, it might be time to explore Red Sonja’s id-driven hero in full series form. 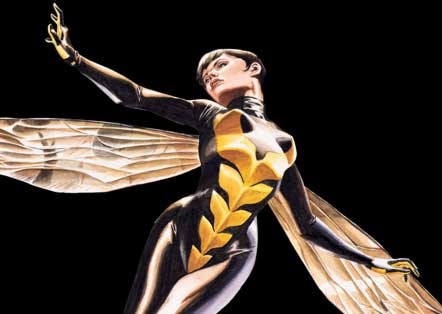 Known first (and perhaps unfairly) for her incredibly stylish getups, Wasp is Ant Man’s feminine foil, whose abilities to fly and change shape are dwarfed by her immensely sharp wit and trailblazing sensibilities. At first getting into the hero game to avenge her father’s death, Wasp eventually becomes a founding member of the Avengers. First approaching hero work with a cheerful, thrill seeking edge, Wasp eventually grows into a mature and intuitive heroine able to lead the Avengers to victory with ease. Though she will receive a film adaptation in 2018 as part of the Ant Man sequel, Wasp has a long history that would make this already fascinating superhero particularly ripe for a show of her own.