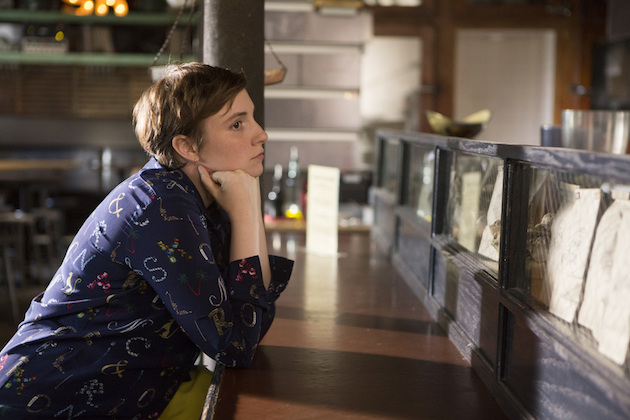 Watch This New Girls Teaser and Get Excited About Season 5

The trials, tribulations and humiliations of Hannah Horvath (Lena Dunham) and her closest friends will continue in season five of Dunham's brilliant Girls. In 25 seconds, the new teaser packs a lot of funny into a small package—the package in this case being Hannah's body, as she dances 'as if no one's watching' in a class that includes at least one person she knows very well.

Girls returns for season five on February 21, and Dunham has said that the series will likely end after the sixth season. This means that season five will probably start to set up where it's going to leave Hannah, Marnie (Allison Williams), Jessa (Jemima Kirke), Sosh (Zosie Mamet) and the rest of the crew, as Dunham told Entertainment Weekly. "Never say never, but that is the way that we’re thinking about it right now, and we’re starting to think about sort of how to wrap up the storylines of these particular young women. It’s really exciting. I started working on this show when I was 23. I’m going to be 30, so it kind of feels right that this show kind of sandwiched my 20s and then I go off into the world."

For now, content yourself with this reminder of how consistently funny the show has been, and look forward to season five.