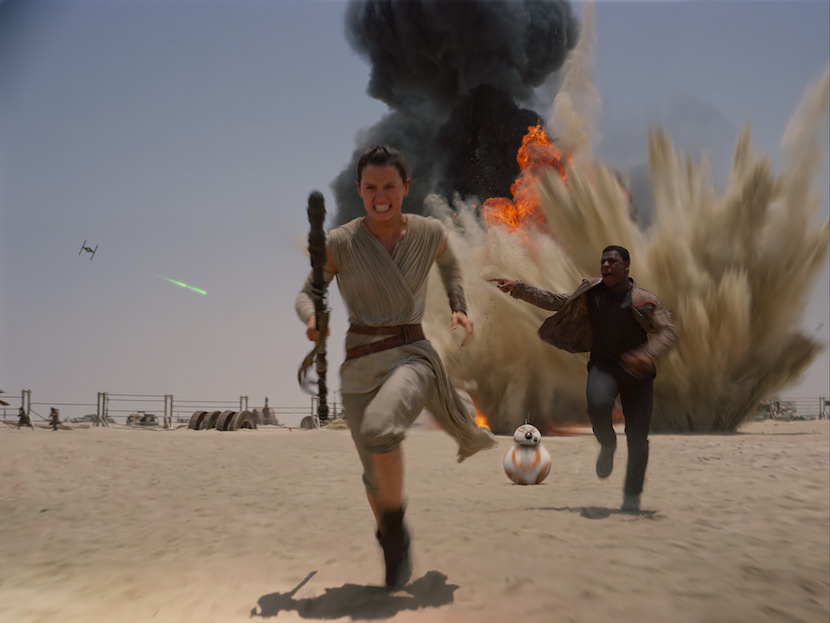 Naturally the Disney Channel is going to have access to some never-before-seen footage from Star Wars: The Force Awakens, and with this new promo they don't disappoint. The new promo comes complete with some explanatory narration, at one point describing BB-8 as a “mysterious droid,” meaning Rey (Daisy Ridley) must come into contact with BB-8 (like Luke did with R2D2), rather than start the film with BB-8 at her side. These links between Rey and the Skywalker clan keep increasing, don't they?

Take a look at the new promo, and then we’ll go through the new stuff it shows.

At 14 seconds in, we see the first footage of Domhnall Gleeson as General Hux, commanding the gunners on the Starkiller ship he’s on to “fire,” delivering the line with all the nasty disregard for life we’d expect from a First Order executive.

At 30 seconds, finally Poe Dameron (Oscar Isaac) gets a line of dialogue!

At 40 seconds, we see Finn (John Boyega) joining Rey onboard what we assume is the Millennium Falcon.