The first time I became aware of Abel Korzeniowski's work was by accident. It was one of those serendipitous Spotify moments; listening to a one of their radio stations, a song from the soundtrack of Tom Ford's A Single Man came on. It was called "Daydreams."

Korzeniowski is a recent double Emmy nominee for his music on Showtime’s Penny Dreadful (starring Eva Green, Josh Hartnett and Timothy Dalton as medium Vanessa Ives, American gunslinger Ethan Chandler and explorer Sir Malcolm Murray, respectively, united to combat supernatural threats in Victorian London),which led to an opportunity to interview him. Along with his Emmy and Golden Globe noms, Korzeniowski has three World Soundtrack Awards, the 2013 International Film Music Critics Association Composer of the Year Award for his work on Romeo & Juliet and Escape From Tomorrow. This past July, Korzeniowski won the BAFTA Award for Best Original Music on a Television Series for his work on Penny Dreadful.

I spoke to Korzeniowski about going from film TV, scoring horror and more. 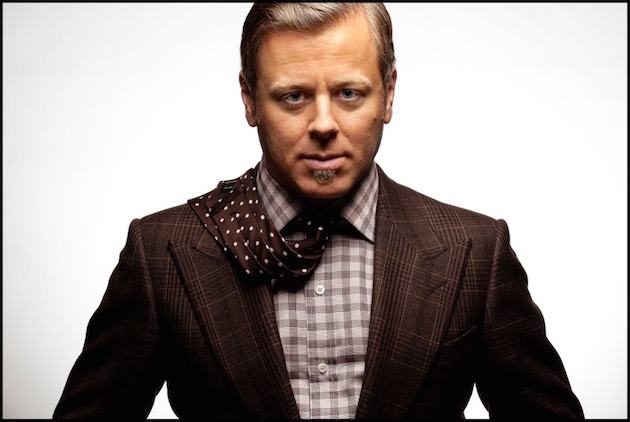 Let's start with your work on Penny Dreadful. You haven't composed music for this kind of material before, nor have you worked on a television series before. What's it been like?

Right, Penny Dreadful was a very big surprise for me because I had never worked on a horror film or show before—and the films that I had done in the past were mostly romantic in some way. So this came as a big surprise that Showtime would want a more classical and romantic composer for a horror series. Then it turned out that John Logan, who created the show, had something much deeper than the typical genre story in mind. Obviously he takes many characters from Victorian literature and gives them a different angle, but at the same time he really cares about them being depicted as very real beings, real humans, and not in a cartoonish way. Last season we had Frankenstein’s monster, who was very big and strong, so the purpose of my music was to help them get this emotional depth and dimension.

Do the main characters get their own musical themes?

There are certain themes that are connected to the characters. The main theme for Vanessa Ives, we have themes for Dr. Frankenstein’s song, and many others. I have to say that as much as the show itself evolves and transforms, the musical themes go through this evolutionary process as well.

One of my favorites was a theme called 'Transgression,' which was born in the first season, one of the backstory episodes when we see Vanessa’s earlier days. There’s a romantic scene between and her sister’s finance, and this theme really bloomed in the second season, it was very surprising for me to discover something very powerful that evoked a sense of beauty and at the same time something really evil and frightening.

Do you have instruments you prefer?

I tend towards gravitates toward string instruments, perhaps because of my heritage, but I use piano as well. I don’t really think, when writing music, in terms of what instruments I use. They kind of come on their own as needed. There’s certain melodies that call for different instruments, and this is how I engage them.

How does your process differ from TV to film?

Each film usually has a moment when you discover what the actual direction of the music should be and where you need to go. Sometimes it’s not necessarily during your process, but it comes at the very end, when you write something that kind of completes everything. In Escape From Tomorrow, it was the last piece I wrote, the grand finale, and after that I felt, ’Yes, this is the scope of music I wanted to write.’ It gives you that sense of fulfillment. It’s really hard to rationalize, there’s no recipe for how to approach each film.

How much music do you talk with a director before you get to work?

I try not to talk about music at all when speaking to a director or producers, because it would not be very helpful. I really need to understand the movie itself and how a director sees certain scenes, what direction he wants to go. I believe if we have this understanding, then it’s my role to translate it into musical terms. It would be too technical to start with “Oh we want this type of music with those instruments,” I think it’s always a process that is born from the picture itself.

The score for A Single Man is truly astonishing—how'd that come to be?

A Single Man was definitely a breakthrough for me, not only in terms of my career itself, but in terms of my thinking about my own music and how I want to write. It kind of defined it more in my head what I wanted to do. I think the greatest luck I had with A Single Man is that they made space in the movie specifically for music, even in the script—this musical element was just there. It’s very rare for a composer to get this opportunity to be expected to become a third actor, and to be able to write something that’s meaningful, that’s not only tapestry, wallpaper. One constant note I was getting from Tom Ford was he wanted it to be more emotional, oversaturating our senses, more lush and more beautiful. It was an incredible opportunity that happened to me.

[Check out this page of musicians who remixed Korzeniowski's work, to his delight.)

What do you want to do going forward?

If you look at A Single Man, the scene where Julieanne Moore readies her makeup and hairdo, it's just outstanding how a hairstyle can reflect her state of mind, her mood, how it can define her personality, how it can show her being torn apart. This is what I’m looking for in my projects, to have this chance to really speak to my music and, with work like Penny Dreadful, I was given the same chance. There are certain sequences that are six minutes long that we know are for music, there’s no dialogue, there’s only action on screen but no real words are being spoken, and it’s in the script—they've given me this great space for my score to speak it’s language.