Perhaps more than any other film franchise in the history of the medium, Star Wars has created a vast universe of fan fiction, art, videos and more in a kind of parallel universe in which George Lucas’s creations live on, and on, and on. A lot of is very, very good, too.

Take “No country for old men,” an illustration by Ornicar (and named after Cormac McCarthy’s novel of the same name, which of course became a pretty great Coen Brothers film) that shows the always calm Jedi master Obi-Wan Kenobi standing on a rock outcropping, light saber drawn, in the  middle of melee of sand people. 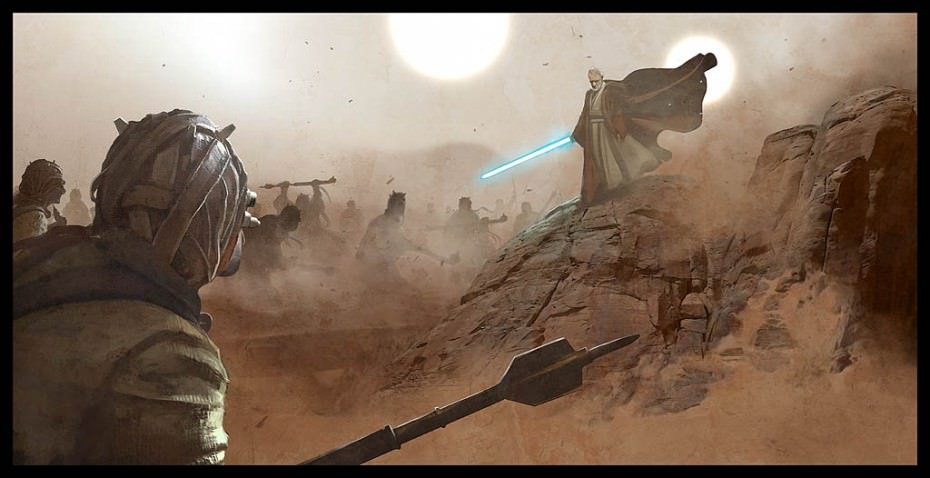 The place to go for this kind of thing is DeviantArt, the online community that’s been showcasing various forms of user-made artwork for 15-years now. To get a sense of how truly massive the Star Wars fan art world is, do a search for ‘Star Wars’ in DeviantArt’s search bar. Go on, we’ll wait.

See that? There are 404,143 results. And the very first selection is a doozy; Joe Roberts beautiful illustration of a light saber battle, three X-wings, the Death Star, Tatooine’s two suns an a whole lot more detail in a single, epic illustration. Or how about this incredibly cool work of a storm trooper holding a hologram of the Emperor in his hand.

With The Force Awakens inching ever closer to its premiere date of December 18, there’s a frenzy of output from the perpetually expanding Star Wars fan art universe. For our money, we’re inspired by Darth Temoc’s beautiful Stormtrooper watercolor (we think). For light saber fans, you can hardly do better than James Villanueva’s take on Kylo Ren’s soon-to-be-famous  light saber with the cross guard (that some finicky folks found to be of questionable design, including Obi-Wan himself).

And then there's the movie posters. While you're not going to do better than official Star Wars: The Force Awakens artist Drew Struzan, fans have been making truly awesome posters for the franchise for years, and as this poster proves, the artistic force (including serious graphic design chops) is strong in these folks.

One final piece—this from artist Dejas—which is a bit of propaganda even Darth Vader could get behind. 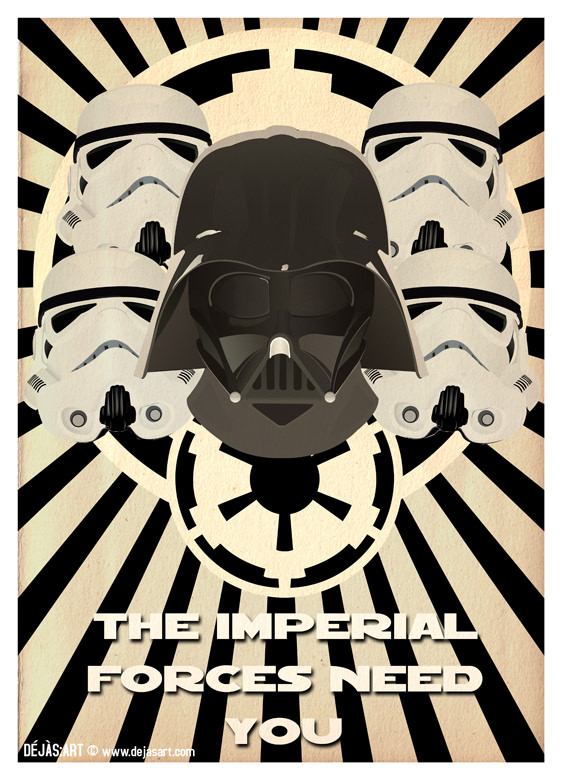