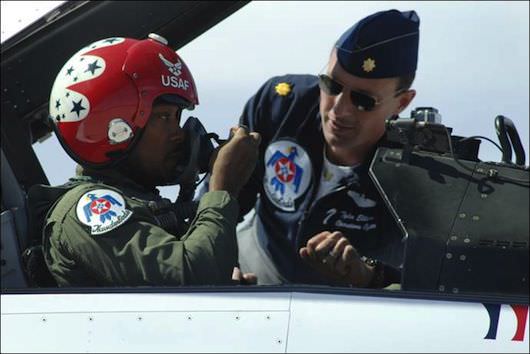 The versatile Henry Jackman follows his scores for Seth Rogan's apocalyptic comedy End of the World and the animated NASCAR-racing snail film Turbo with a full-on superhero, Marvel's Captain America: The Winter Soldier.  He took time for an interview to talk about the superhero who finds himself something of a Rip Van Winkle, dealing with a world more than 60 years after he was frozen in WWII.

How do you approach a score for a superhero?  Horns and drums?

Well, that’s a sort of yes and no.  The funny thing about Captain America: Winter Soldier is that unlike the first film, which is set during the Second World War and the adversaries are the Nazis, so it has a period flavor to it, this film is way more contemporary.  This Captain America finds himself in a contemporary society in 2014 and so that presents an interesting challenge.  If I was to do a completely traditional symphonic score, or, go too far the other way and just make it completely contemporary and not have thematic material and not use orchestra, then it’s going to be missing the legitimacy and the history of a character like Captain America. The adversary, the Winter Soldier, has really, really radical music that's probably is closer to electronic and drum and base.  There’s some orchestra, too, but it's super radical because it’s a kind of mechanized, relentless, Terminator-like creature. There's a few different things cooking in the musical cauldron and hopefully you put all the ingredients in the right place, and you end up with something that makes sense in the film.

In the comic book the Winter Soldier was at one time Captain America’s friend.  He may be like the Terminator now but there has to be some kind of an emotional connection between the two of them.

Exactly. It’s an interesting story because I still ended up using the human voice for the Winter Soldier, but it sounds like a human kind of trapped in technology. Then as the film progresses, it’s not a simple relentless villain like the Terminator, because trapped inside the machinery is a character that we know.  Given that it’s a superhero film, it delivers on all the fun you’d expect, and it’s visually spectacular, but then what’s impressive about it to me and what the directors have achieved, Joe and Anthony Russo, it’s actually got good, thoughtful and dramatic aspects as well.  And it’s also a bit more sophisticated. I don't mean to say that superhero movies don’t have emotional drama in them, of course they do, but I’m just saying that in this one, because you write that score with the Winter Soldier as a vulnerable component, it’s not just charging around the place with a shield, dispatching the Communists wherever he finds them. It’s a lot more complex than that politically and emotionally, which is great for me because it means you can explore these things in more depth.

When you think of Captain America, you think of the shield, and I see him throwing it around in the trailer.  Does the shield have a theme or is there some special sound that goes with it?

The shield is really the physical symbol of his superhero status, so I see the shield as sort of an extension.  It's not like the shield has a specific sound, because that would disconnect it from Captain America, but you’re right that it’s an extremely important physical representation of his virtuous kind of heroism.

Exactly, you know, the phrase “the sentinel of liberty,” which sounds cheesy to us because we now live in such a morally complex world.  In any modern political scenario it’s almost impossible to figure out who's the good guy and who's the bad guy. And that’s sort of what the film’s about.  It’s a lot easier when you set Captain America in the context of the Second World War, it’s very easy and morally unambiguous to have the Nazis as the bad guys because what Hitler was up to was unquestionably bad and needed to be stopped, whereas the environment that Captain America finds himself in this film is way more nuanced, and that’s one of the reasons he struggles.

He needs to figure out how to exist in a morally complex world.

His inception was a character born out of the American government and used for propaganda. If you read really early Captain America comics, he’s kind of charging around and lecturing children on how to spot a communist and report them your parents.  So how do you take a character like that and then set him in a film in 2014 that still feels relevant?  How do you avoid ending up with some cheesy Boy Scout who feels irrelevant?  They did a masterful job of that because, it turns out, that fighting for an environment of political freedom is in fact a universal, non-time specific ideal that is as relevant in 2014 as it was in 1939.

There’s a very powerful speech that President Eisenhower gave when he retired.  It was farsighted, humble, one of the few speeches from an American President that was really for the people and of the people. Meaning he was basically saying, “From the position I’ve held as the President of the free world, I have observed certain worrying tendencies to do with companies who makes weapons and so on and I’m warning you, the ordinary American people, and I don’t give two hoots about the business side. I am warning you the people that this is potentially bad for our country and it’s bad for the whole region.”  That was a very powerful statement, and the content of that speech is actually extremely relevant for the Winter Soldier. So you can watch it anyway you want, you can watch this new film and just enjoy how entertaining it is, but if you scrape away at the surface there’s actually significant political content, and Captain America’s the perfect character to be in this environment.

How did you translate this deeper narrative element into your score?

It demanded a level of musical sophistication, which I had a lot of fun with. I can’t give away too much, but for the Winter Soldier stuff, he’s kind of a brutal enforcer, so he’s got extremely radical, non-orchestral electronic music, but Hydro has the sort of political organization that started all the way back in the first film and grew out of Nazism.  It’s still presented as a force in this film, but not in a traditional period Nazis sort of way, but in the legitimate and sort of credible kind of way, so that was interesting. It meant that I could take a musically nuanced attitude towards the villain. I had a lot of fun with that.

That’s quite a departure from Captain America!

Exactly.  If variety is the spice of life, I’m lucky enough to have a full spice rack on the wall.