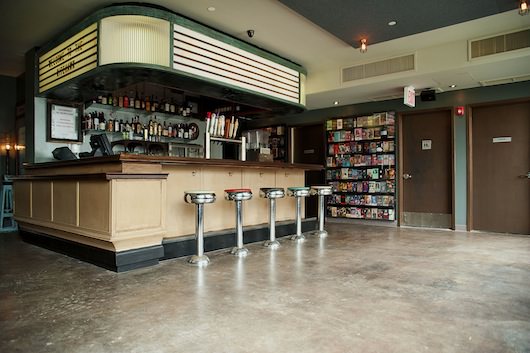 As the Beverage Manager at the Nitehawk Cinema, Jen Marshall’s job is to pair cocktails with movies, a kind of cinema sommelier. At the Brooklyn theater, she comes up with cocktails for each movie on the marquee, like The Driver. 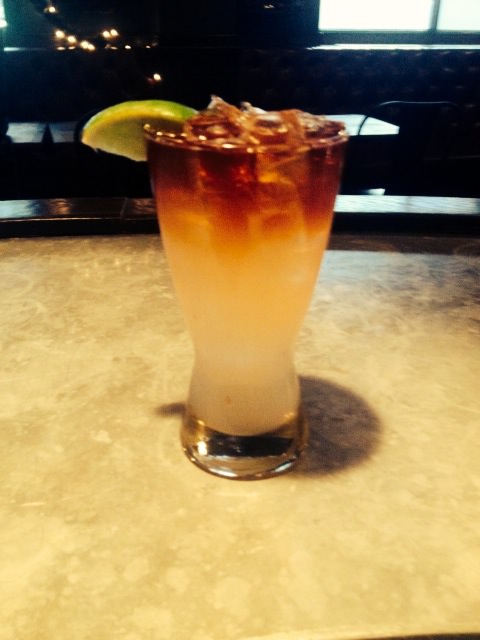 This twist on a dark and stormy is made with Gosling’s Ginger Beer and Gosling’s Black Seal Rum in honor of Drive’s moody hero and heartthrob, Ryan Gosling. Marshall talks to The Credits about cinema’s most famous cocktails, and some of the Nitehawk’s favorite drink and movie pairings. 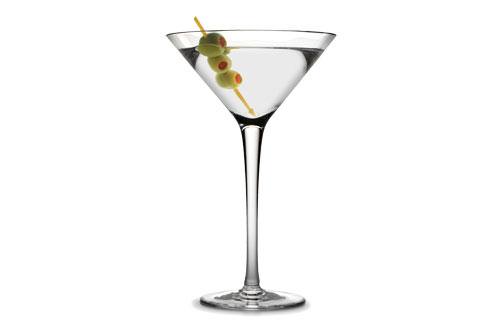 In Casino Royale, Daniel Craig changed Bond’s signature drink order. When asked if he wants his martini shaken or stirred, he responds “Do I look like I give a damn?” For Marshall, it was about time Bond wised up. “Every bartender laughs at that. It’s sort of an inside joke in the bar industry, that he doesn’t know what he’s talking about,” she explains. “You generally shake things that have citrus juice in them or sweeteners, things that need to be incorporated.” A “spirit forward” drink like a vodka martini—or gin, her preference—only needs a quick stir to blend the gin with the vermouth.

The White Russian from The Big Lebowski 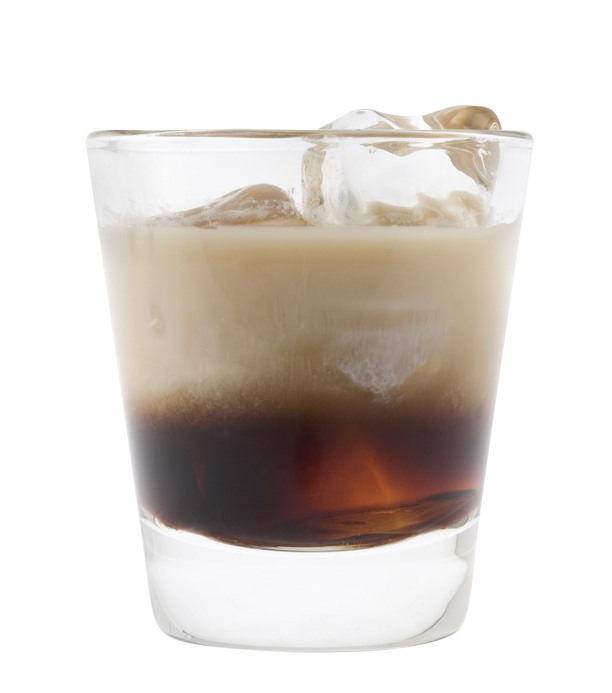 The vodka, cream, and coffee liqueur concoction that The Dude constantly has in hand in the Coen Brothers’ cult comedy is a “groaner,” Marshall says, one of many outdated cocktails that she still sees ordered from time to time at the bar. Still, she acknowledges that “it’s a classic for a reason. It’s not that surprising when people ask for one.” The holidays are a time for indulgences, and this sweet, fatty drink is something like a grown-up version of chocolate milk.

The Girl on Fire 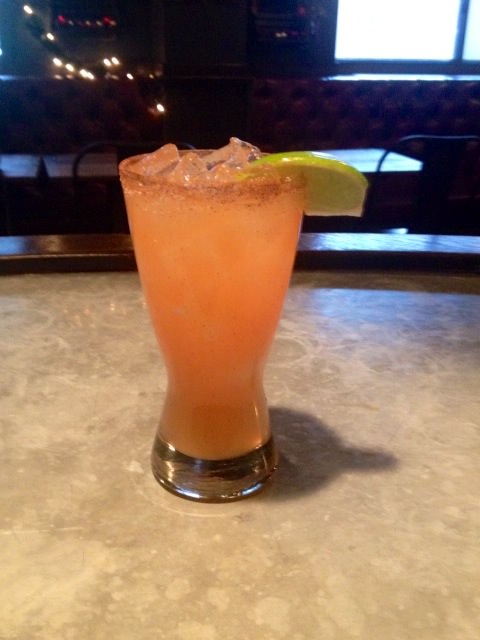 For the first Hunger Games, Marshall created The Girl on Fire, a spicy margarita that evoked the movie’s powerful heroine, Katniss Everdeen. Even though the latest sequel, The Hunger Games: Catching Fire, has been out for a while, it remains one of the theater’s most popular concoctions. The drink blends jalapeno-infused tequila with grapefruit and lime juice, orange curacao, and is finished with a chipotle salt rim, a fitting tribute to the dystopian society’s most successful Tribute. 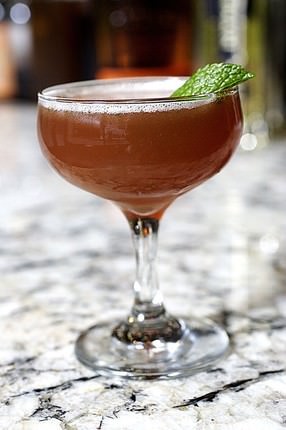 The original “It Girl,” Clara Bow was one of the great actresses of the silent film era. She starred in the epic war romance Wings, the 1927 silent that won the very first Academy Award for Best Picture. Marshall calls the modern drink named after the flapper simply “delicious.” The bourbon-based cocktail is mixed with grenadine, elderflower liqueur, and lemon juice, and then muddled with fresh mint leaves. 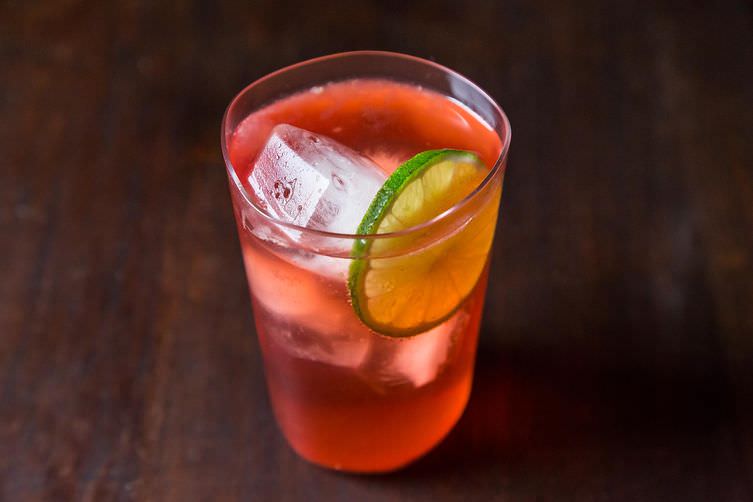 Many kids grew up drinking Shirley Temples, the non-alcoholic concoction of grenadine, ginger ale, and a maraschino cherry on top. According to legend, it was originally made for the curly-haired child star at a restaurant in Beverly Hills. But not many people know of the Shirley Temple Black, a play on the star’s married name and the dark rum that’s added to the concoction. Some versions of the drink also swap ginger ale for alcoholic ginger beer, or add in a jigger of maraschino liqueur.

Nobody’s Child from We Need to Talk About Kevin 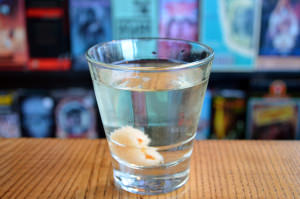 When Marshall can see a movie before coming up with a drink, she loves putting in inside jokes that people don’t get until they’re watching the movie. For We Need to Talk About Kevin, which stars Tilda Swinton as a mother dealing with her psychopathically evil child, Marshall came up with Nobody’s Child. The cocktail pairs Prosecco with Soho Lychee liqeur, which is garnished with a floating lychee. Nibbling guests discover midway through the movie exactly why there’s an eyeball-like fruit floating in their drink.

Sex on the Beach for Spring Breakers

This year’s Spring Breakers divided critics who were alternately enthralled and repelled by the debauchery on display. Marshall decided to embrace that aesthetic wholeheartedly, serving up the cocktail classic Sex on the Beach for the moviegoers. To her surprise, the drink was a huge hit, though she’s not a big fan of the super-sweet mixture, which combines vodka and peach schnapps with cranberry juice and orange juice—a fruit-filled bacchanalia. 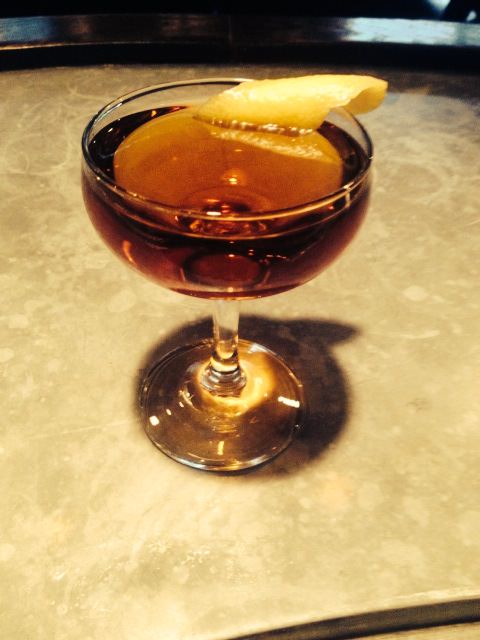 For the Academy Award-winning The Artist, a delightful (mostly) silent film with a French cast, Marshall turned to a cocktail that would have been vintage even by 1920s standards. The Bijou, which means jewel in French, was invented there in the 1890s. It combines gin, sweet vermouth, and chartreuse, the lemon-green liqueur made for hundreds of years by French monks in possession of a secret recipe. Served up in a delicate coupe glass popular during the day, the drink evokes the glamour of silent film stars. 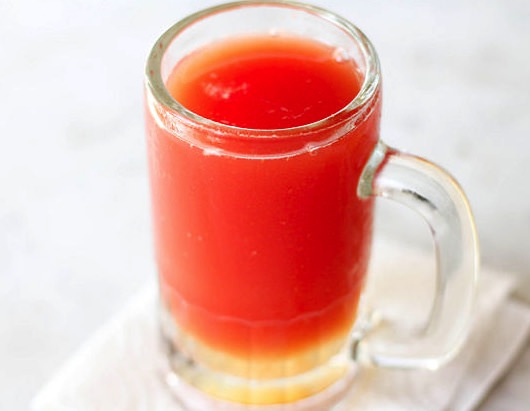 Some people like to follow an evening of cocktails with a brunch of fried eggs and a bloody mary. The combination may be the inspiration behind the Red Eye, which Tom Cruise serves in the 1980s classic Cocktail. It combines beer with tomato juice and a raw egg. Marshall, for her part, recommends water to recover from an evening of end-of-year indulgences, whether the offense was too many shaken martinis, White Russians, or Bijous.