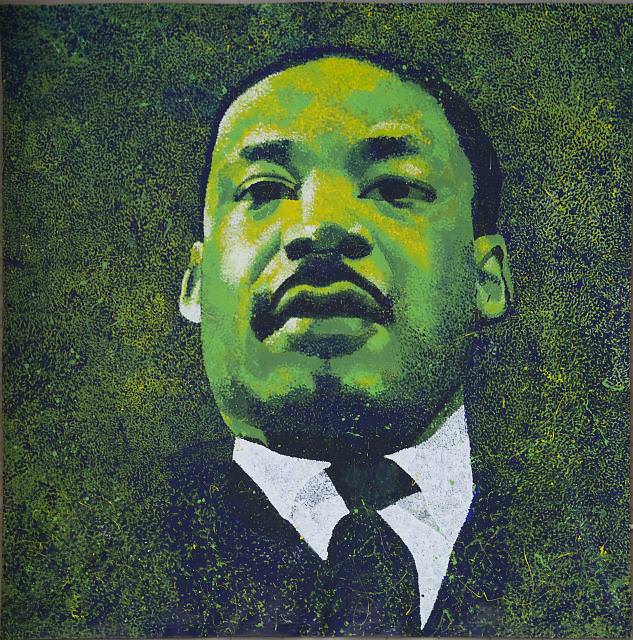 Today marks the 50th Anniversary of the March on Washington. Leaders from all over our country are gathering in D.C. to mark the occasion, with a speech at the end of the day's proceedings by President Obama.

As we wrote yesterday, there are powerful documentaries on the civil rights movement available on DVD that, truly, every American should watch. What we started wondering was what narrative films we were being made at the time that might have had an impact, in some way, shape or form, on the overall movement for racial equality.

Narrative films are not without their own power. They can educate viewers by humanizing characters audiences might not be familiar with, educated about, or have ever had a chance to meet in person. It's been mentioned time and time again that the Will & Grace, which first aired in 1998, had a real impact on the country at large, making homosexuality more palatable (and understandable) to a large swath of Americans. We wondered what films might have helped inform Americans on the necessity of the civil rights movement?

We reached out to film historians to ask that very question.

Peter Lev, a professor at Towson University who has written four books on film history (and fifth, on Twentieth Century Fox during the Zanuck/Skouras years, is due out soon), started by telling us about censorship policies embedded in the Motion Picture Production code. These policies were enforced from 1934 to 1956, which in effect said you couldn’t show miscegenation on screen—no black and white actors could be in love, have sex, or be married. Yet this policy was removed in 1956, eleven-years before the Supreme Court Case Loving V. Virginia, which invalidated laws prohibiting interracial marriage.

Lev pointed to the 1957 film Island in the Sun, which explored, among other themes, two interracial relationships—one between Harry Belafonte’s character David Boyeur and Joan Fontaine’s character Mavis Norman, and another between Dorothy Dandridge’s character, a black drug store clerk, and John Justin’s character, an aide to the governor. Lev points out that the film is set on the fictitious Caribbean island of Santa Marta instead of in America. “It would have been forbidden under the previous production codes.”

David Cook, film historian and author of “A History of Narrative Film” as well as “Lost Illusions: American Cinema in the Shadow of Watergate and Vietnam,” told us that it wasn’t until after the Supreme Court decision in Brown v. The Board of Education, declaring separate public schools for black and white students unconstitutional, that black actors began to get serious roles. “In 1954 black actors started appearing in American films as real characters, real human beings. I think the first real good example of this was the film The Defiant Ones.”

The Defiant Ones (1958) was about two escaped prisoners, one white and one black, who are shackled together and must cooperate in order to survive the ordeal. The white convict was played by Tony Curtis, while Sidney Poitier played the black convict. Five years later, Poitier would march on Washington on August 28.

“The film is obviously a metaphor for integration, it was their [the filmmakers] intention to show blacks and whites could cooperate and operate on an equal footing,” Cook says. The film was nominated for nine Academy Awards, winning for Best Screenplay and Best Cinematography. Equally as important as the Oscar wins, Cook says, were the international awards it garnered—Poitier won the Silver Berlin Bear (for best actor) at the Berlin International Film Festival, and Best Foreign Actor at the British Academy of Film and Television Awards (BAFTA). The film itself won the UN Award at BAFTA, and director Stanley Kramer was presented with the Best American Film award at the Bodil Awards, in Denmark.  “The film embodied a more progressive America for the rest of the world,” Cook says.

A Raisin in the Sun was released in 1961, starring Poitier (arguably the most important actor of his generation) and Ruby Dee as the married couple Walter Lee and Ruth Younger. The Youngers move with their family into a white community, looking for a better life outside of the city. Raisin was adapted from the play by Lorraine Hansberry. The Library of Congress selected the film for preservation in the National Film Registry in 2005.

Lev pointed us to another 1961 film, Martin Ritt’s Paris Blues, starring Poitier as the expatriate jazz musician Eddie Cook, and Paul Newman as Ram Bowen, a trombone player. Set and filmed in Paris, Paris Blues contrasted the treatment of blacks in America versus Paris’s kinder treatment.

1962 saw the release of the film adaptation of Harper Lee’s seminal To Kill a Mockingbird, directed by Robert Mulligan and starring Gregory Peck in the role of Atticus Finch, and Brock Peters as Tom Robinson, the black man Finch must defend in court against an accusation of rape. The film was nominated for eight Academy and won three, Best Actor for Peck, Best Art Direction and Best Adapted Screenplay.

In 1964 Carl Lerner adapted the book Black Like Me. It centers on a white American journalist named John Finley Horton (played by James Whitmore) who artificially darkens his skin and passes for a black man in the deep south, traveling from New Orleans to Atlanta, experiencing racism from both blacks and whites. “It was an expose on the phenomenon of racism in the deep south,” Cook says, “and this is about the time of the sit-ins and civil disobedience happening in the south.”

“I would say 1967 is a tipping point in which black people finally begin to get acceptance as wholly relatable, wholly admirable human characters in films,” Cook says. He was referring to In the Heat of the Night and Guess Who’s Coming to Dinner? Poitier starred in both films.

Earlier this month we shared an evening with a Norman Jewison, director of In the Heat of the Night, which went on to win five Academy Awards, including Best Picture, Best Actor, and Best Adapted Screenplay. The film featured a galvanizing performance by Poitier, portraying a Philadelphia cop investigating a murder down south, in the fictional town of Sparta, Mississippi. “Poitier’s character works with a bigoted sheriff [Rod Steiger] to help solve a local crime,” Cook says. “The sheriff hates him and treats him to all kinds of subjections, all kinds of humiliations and indignities, and at one point slaps him—and to everybody’s astonishment in the theater, Poitier slaps him back.” Jewison called this, “the slap heard round the world,” an essentially unprecedented moment in American cinema.

In the Heat of the Night not only had the slap heard around the world, it had the line, too. Poitier’s deathless rebuttal to Steiger’s incredulous local sheriff, who finds the Philadelphia detective’s vocabulary too “fancy” for a man of his color, and asks what they call him up in Philadelphia, lives on in popular culture. Poitier's response is, “They call me Mr. Tibbs.” This remains one of the most immortal lines in all of cinema. “That line’s now in the popular mythology of our culture,” Cook says. The movie’s sequel, made two years later, was titled They Call Me Mr. Tibbs.

The second seminal film of 1967 was the aforementioned Guess Who’s Coming to Dinner? The movie concerns a white liberal family in Los Angeles whose daughter brings home her fiancé from college—played by Poitier. This film was a rare example of a positive cinematic look at interracial marriage, only six months after the Supreme Court struck down anti-miscegenation laws in Loving v. Virginia. “For this movie to come out only thirteen years after Brown v. the Board of Education, to actually put it’s blessing on miscegenation, is a huge deal,” Cook says.

As we approach the end of the 60s, we get closer to another seminal shift in the portrayal of blacks in cinema—from the innocent but in need of white support of To Kill a Mockingbird to the strong-willed and proud of In the Heat of the Night to films starring more aggressive, sexually active characters directed by black filmmakers themselves—the Blaxploitation era.

“Around 1970 you have just an explosion of African-American films and African-American movie stars,” Lev says. “Shaft was 1971, for example, there’s a film called Sweet Sweetback’s Baadasssss Song. The latter was by Melvin van Peebles, and it’s a pretty amazing independent film with a much more aggressive and sexually in-your-face attitude. That’s the kind of thing black actors just couldn’t do in the 1950’s.”

“There’s literally hundreds of [Blaxploitation films] that were made between 1968 and 1975,” Cook says. “They’re called Blaxploitation because they are exploitation films. They are films that were designed to make blacks feel almost superhuman. To empower them to the point, socially, where they usually overpower white villains. You still have the racial element but it’s become kind of turned upside down.”

Shaft was released by MGM, and was a commercial and critical success, and a film comprised by almost entirely black actors (and directed by a black filmmaker, Gordon Parks). Private eye John Shaft, played by Richard Roundtree, travels through Harlem and into areas controlled by the Italian mob searching for the missing daughter of a black mobster. Adapted by Ernest Tidyman and John D.F. Black, from Tidymna’s novel of the same name, Shaft is considered a exemplar of the Blaxploitation genre, and was selected for preservation in the National Film Registry by the Library of Congress in 2000.

Sweet Sweetback’s Baadasssss Song was also released in 1971, written, produced, scored, directed by and starring Melvin Van Peebles (father of Mario, also in the film). Shot over a period of 19 days (with an eventual $50,000 loan from Bill Cosby to complete the project), Van Peebles created a wholly unique film with techniques that would eventually be copied by other filmmakers, including jump cuts and fast paced montages.

Parks followed Shaft with Super Fly, in 1972, which stared Ron O’Neal as Youngblood Priest, a cocaine dealer trying to go straight, and a soundtrack from Curtis Mayfield.  Pam Grier was also a major star of the Blaxploitation era, starring in The Big Bird Cage (1972), Coffy (1973), and Foxy Brown (1974).

From Blaxploitation films into the 1980s, you had black directors stepping forward and tackling race directly. Spike Lee's seminal, groundbreaking film, Do the Right Thing (1989), followed two years later by John Singleton's Boyz in the Hood (1991) are two prime examples.

It's quite a coda that today, a film by a black director, Lee Daniels' The Butler, about a black butler who served in the White House for eight administrations, is not only screened at the White House, but seen by our black president.