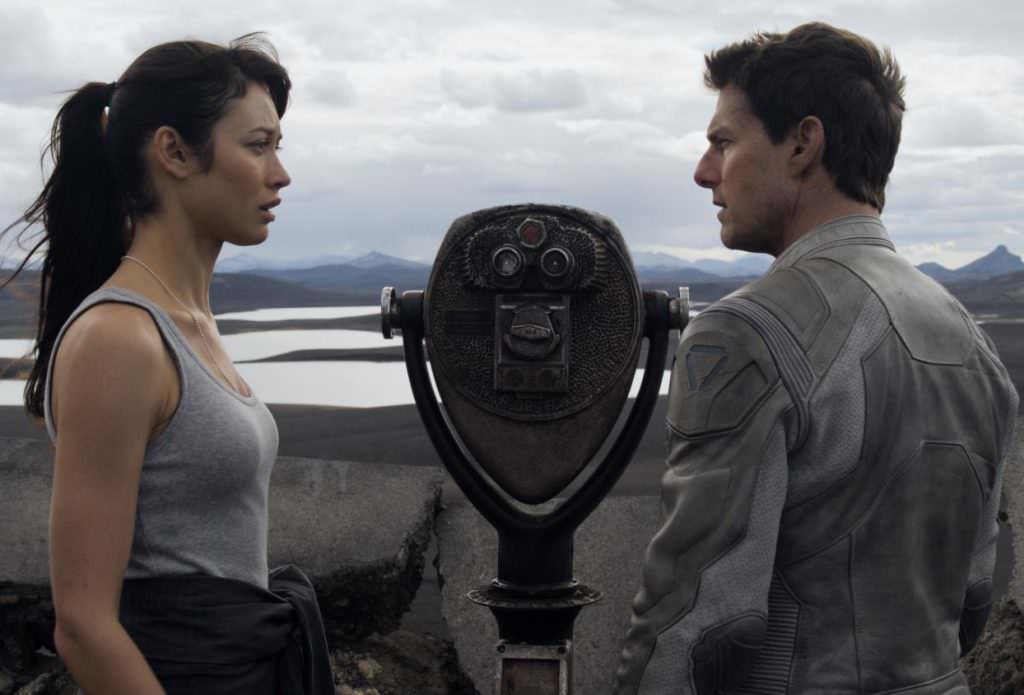 CinemaCon continues apace today in Las Vegas, with a look at the 21st century moviegoer, a retrospective on some of the top grossing films of 2012, and the CinemaCon Trade Show to name a few events. While we’ve been reporting from the Con, we’ve already gotten a chance to sample Paramount Pictures upcoming slate of films, and today both Universal Pictures and Warner Bros. are showcasing their upcoming slate. We’ve assembled a trailer rundown of some of these releases, and invite you to keep checking back in with us as we continue to cover all things CinemaCon this week.

Director Baz Luhrmann’s visually decadent take on the Fitzgerald classic has made news of late, as it’s opening the 66th Cannes Film Festival on May 15. The man who brought you Romeo + Juliet and Moulin Rouge has Leonardo DiCaprio in the role of the enigmatic Jay Gatsby. Tobey Maguire is our narrator, Nick Carraway, and Carey Mulligan plays Gatsby’s beloved Daisy Buchanan, alongside the rising star Joel Edgerton as her husband, Tom. The roaring twenties are back.

The Hangover Part III (May 24)

Director Todd Phillips is back with the third (and final?) installment of this juggernaut comedy franchise. This time there’s no wedding or bachelor party, but rather an epic road trip that reunites the three leads (Bradley Cooper, Ed Helms, and Zach Galifianakis) as Phil, Stu and Alan respectively. Hangover regulars such as Ken Jeong as Mr. Chow, Heather Grahama as Jade, and Jeffrey Tambor as Alan’s dad, Sid, return. Two big-name newcomers, John Goodman and Melissa McCarthy, join the cast.

Who wouldn’t be excited for a Guillermo del Toro monster movie? This sci-fic epic is about legions of monstrous creatures, known as Kaiju, that rise from the sea and threaten to destroy all of mankind. The only thing that can possibly stop them are massive robots called Jaegers, each piloted by two humans whose minds are locked in a neural bridge. Starring Charlie Hunnam, Ron Perlman and Idris Elba–Pacific Rim rises this summer.

Tom Cruise stars as Jack Harper, a veteran assigned to return to a blasted, abandoned Earth (years after humanity engaged in a winning, but costly, war against alien invaders) and extract whatever remaining resources he can find. What Jack finds is that he’s not alone, and not only must he contend with deadly aliens, and possibly deadlier humans, but his own past. Joseph Kosinski directs this visually stunning film.

Agent Hobbs (Dwayne Johnson) needs help from the gang (Vin Diesel as Dominic Toretto, Paul Walker as Brian O’Conner) to thwart a crime syndicate of expert drivers who took out a military convoy. When Dominic’s sister Letty (Michelle Rodriguez) returns, the stakes are raised (as is, of course, the speed). Justin Lin directed this sixth installment of the franchise.

Gru (voiced by Steve Carell) is recruited by the Anti-Villain league to help them deal with a powerful new super criminal in Pierre Coffin’s Despicable Me 2. The cast includes Al Pacino as Eduardo, Kristen Wiig as Lucy Wilde, and Russell Brand as Dr. Nafario.

The teenaged heroes are back (including Chloë Grace Moretz as Hit Girl and Aaron Taylor-Johnson as Kick-Ass) in director Jeff Wadlow’s Kick-Ass 2. The costumed crusaders are now aligned with a slew of regular civilians (including an inspired Jim Carrey as Colonel Stars and Stripes) who are themselves inspired to put on costumes and fight crime. The Red Mist, meanwhile, is plotting a major act of revenge.