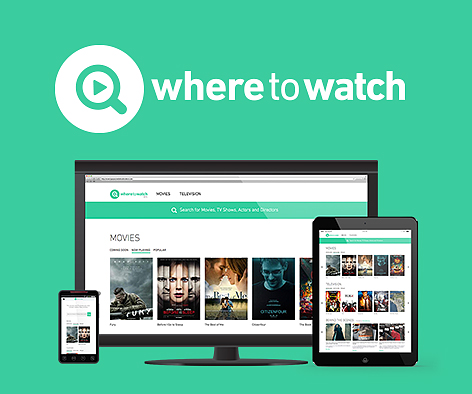 What They’re Saying About WheretoWatch.com

On November 12, the MPAA launched a new search site, www.wheretowatch.com, a one-stop shop that allows audiences to search for movies and TV shows across legitimate platforms online, in theaters and in stores.  Here’s a roundup of some of the first commentary from media, Members of Congress, tech bloggers, think tanks, guilds and industry watchers.

WhereToWatch is Great for Consumers and Easy to Use

“In a move I am surprised no one has made sooner, the Motion Picture Association of America has launched Where to Watch, which aims to turn into a comprehensive index of where you can watch movies and television shows legally, whether for free or for money.” –The Washington Post

“WhereToWatch is surprisingly useful and easy to use.” – Business Insider

“Sure, I could open a bunch of tabs to search Netflix and Hulu and Amazon and Vudu individually. Or I could just go to WheretoWatch.com and find all my viewing options with just one search.” – L.A. Biz Journal

“The version of WhereToWatch now on display is slick and easy to use.” – A.V. Club

“Finding a movie or TV show, on the other hand, is much harder because there was no single search engine that combined streaming, rentals, digital downloads, and physical media into a single set of results. WhereToWatch is out to change that.” – The Digital Reader

“The service embraces large providers including iTunes, Amazon, and Hulu as well as niche-oriented destinations such as SnagFilms and WolfeOnDemand to include new tentpoles, indies, genre films, and classics.” – Deadline

“MPAA’s new site that shows where you can (legally) stream or download any movie/TV show appears to work quite well.” – @benfritz, Wall Street Journal

“If you’re not one to break the rules when it comes to your entertainment, the Motion Picture Association of America has created an official site for finding out where you can watch, buy, or stream movies and TV shows legally.” – lifehacker

“Using this new search tool, audiences can connect to their favorite films and television shows as they become available across different channels including digital downloading and streaming sites, as well as in stores, kiosks and theaters.” – SAG-AFTRA

“The ad-free, streamlined platform will make searching for movies and shows easier than ever before.” – Creativity Tech

“Hollywood studios have launched a new site, WheretoWatch.com that combines where to get legal, ad-free TV and movie content online with show times and locations for theatrical films.” – Broadcasting & Cable

“[I]t’s consumers who are going to appreciate the new site more than anyone. Instead of scrolling first through Netflix and then through your cable video on demand offerings, WheretoWatch.com is a one-stop shop to see what options are available to you to get to the specific movie or TV show you’re looking for.” – The Institute for Policy Innovation

“It [WhereToWatch] could prove a handy portal for anyone wanting to make sure they’re completely on the straight-and-narrow. It’s also ad-free, which is nice.” – The Next Web

“Today, with the launch of WhereToWatch 2.0, it just got a whole lot easier to find the films and television shows you love—and be confident you are doing so in ways that reward creativity and compensate creators for their work.” – CreativeFuture

“It’s truly a culture addict’s dream: a one stop shop for anything you might want to see on either the small or big screen.” – Innovation Files

“Some good news for those trying for figure out where to find their favorite movies or television shows online.  Today the MPAA announced the launch of wheretowatch.com, a new site that makes searching for movies and TV shows easy.” – Vox Indie

“This new tool will tell you where you can watch almost anything online – legally.” – @ThinkProgress, Think Progress

“New website….Moscow on the Hudson (my favorite movie) is available on 7 platforms. They have everything ever made. http://wheretowatch.com/ “ – @GroverNorquist, Grover Norquist, Americans for Tax Reform

“Looking fwd to this great resource @Where_To_Watch @MPAA and when our new project @iwhiskeyspirit debuts there! May storytelling live on!” – @LibertynKilts, Lawson Bader, Competitive Enterprise Institute

“Our friends at @where_to_watch launched a site to help you legally watch your favorite movie or show! Check it out: http://wheretowatch.com”  – @IATSE, IATSE

“This is an extraordinarily easy-to-use website allowing users to see clearly the sites that offer streaming or DVD versions of the movies or TV shows they seek to watch.” – Forbes, Harold Furchtgott-Roth

“[I]t does serve its core purpose — enabling users to navigate the confusing landscape of streaming and downloading services with a minimal amount of fuss.  For that reason, we rate the MPAA’s new site PG, as in pretty good.” – Yahoo

“This wonderful new website is an important development for seniors. Given the preponderance of choices online, WhereToWatch provides seniors a one stop shop for finding safe, convenient options to view online content. WhereToWatch is a welcome and needed relief in this area, and a tremendous time saver.” – 60 Plus Association

The Entertainment Industry is Innovating to Solve Problems

“The Motion Picture Association of America just took a big step toward reducing unauthorized downloads of movies. No, it didn’t file any new lawsuits against downloaders or push for a round of new copyright laws; instead, on Nov. 12 the MPAA launched a search site for legitimate movie and TV options online called WhereToWatch.” – USA Today

“The initiative marks a further attempt by the MPAA to combat rampant online piracy by reminding consumers of legal means to watch movies and TV shows.” – Los Angeles Times

“MPAA — upping efforts to help consumers find legal sources of content instead of pirating it — has rolled out WheretoWatch.com, an advertising-free entertainment search engine designed to point people to TV shows and movies from authorized sources.” – Variety

“Rather than relying on another years-long legislative battle, which may fail to reach any sort of resolution, the industry got to work creating a solution to help protect its property. This sort of industry self-help should be lauded and encouraged across the digital ecosystem.” – Madery Bridge Associates, LLC

“Where to Watch is one of many steps to counter these bad actors and consequences.  By simplifying the process of identifying legitimate websites for rent, purchase, or general viewing of content, it takes on the online piracy sites that are avoiding the mandates of copyright protections.” – Minority Media and Telecommunications Council (MMTC)

“WheretoWatch.com is a clear example of how capable industries are to create effective solutions for themselves that ultimately benefit the general public and the economy as a whole.” – American Commitment

“Points to the MPAA for being more proactive than usual…” – Engadget

“MPAA’s ‘Where to Watch’ site is actually really useful.” – The Daily Dot

“[T]his is an easy way to find where you can watch whatever it is that you’re looking for, and that’s going to be increasingly useful going forward.” – The Verge

“The new MPAA website tells you simply and cleanly which service has which shows and movies.” – Fast Company

“The MPAA actually did something useful for once – find all the (legal) places to watch TV/movies” – as of this morning (11/13/14), WheretoWatch was the highest voted post. — www.reddit.com/r/internetisbeautiful