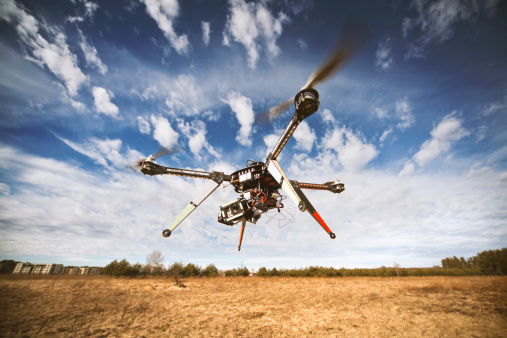 “Today’s announcement is a victory for audiences everywhere as it gives filmmakers yet another way to push creative boundaries and create the kinds of scenes and shots we could only imagine just a few years ago.  Our industry has a history of successfully using this innovative technology overseas – making movies like “Skyfall” and “Transformers: Age of Extinction,” to name a couple – and we are proud to now be on the leading edge of its safe commercial use here at home,” Said Senator Chris Dodd, Chairman and CEO of the Motion Picture Association of America, Inc. “By creating a climate that further encourages more movie and TV production in the US, today’s decision also supports job creation and revenue growth around the country.  I commend and thank Secretary Foxx, Administrator Huerta and everyone at the FAA for their leadership and commitment to achieving this great result.”

In June, we aided aerial production companies in filing a regulatory exemption to the FAA. And in July, we submitted formal comments supporting the operators’ requests. Today in announcing the approval of the exemption, U.S. Transportation Secretary Anthony Foxx expressed his confidence that the motion picture industry will be able to safely and successfully integrate sUAS into film and television productions.

“Today’s announcement is a significant milestone in broadening commercial UAS use while ensuring we maintain our world-class safety record in all forms of flight,” said Secretary Foxx. “These companies are blazing a trail that others are already following, offering the promise of new advances in agriculture and utility safety and maintenance.”

The film and television industry is an economic sector with a proven track record of economic growth and positive trade surpluses. And giving filmmakers the option to use sUAS will help encourage production in the United States, contributing more spending and growth to our economy.  The latest data specifies that the motion picture industry supported a positive services trade surplus of $13.6 billion, exporting six times what it imported.

We look forward to continuing our work with the FAA to integrate sUAS into domestic film and television productions and we are eager to see how the creative minds of our industry will utilize sUAS to the benefit of audiences around the world.