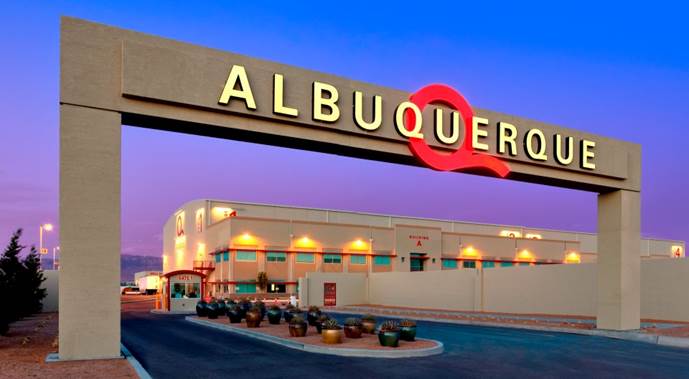 Last week, I had the pleasure of visiting Albuquerque Studios and touring the set of “The Night Shift” – a Sony production that airs on NBC. Seeing a state of the art facility like ABQ Studios first-hand and visiting with members of the cast and crew is always a reminder to me of all the tremendous amount of behind-the-scenes hard work and creativity that goes into making each of the films and television series audiences love.

Visiting a bustling set like “The Night Shift” in the midst of production makes it immediately apparent – from carpenters, to lighting and set designers, assistants and of course the actors – just how many people are at the core of a high-profile movie or TV show production. According to the New Mexico Film Office, the production of “The Night Shift” employs more than 100 New Mexico crew members per week and more than 300 local New Mexico actors and extras per episode. “The Night Shift” and other similar productions also heavily rely on the development of high-tech infrastructure, a process involving the hiring of local vendors and drives money to businesses in the surrounding area. In fact, ABQ Studios recently unveiled a new 3,000-square-foot digital green cyclorama stage that cost about $150,000 and three months to construct.

While touring the impressive set, I also had the opportunity to spend time with Stewart Lyons, one of the producers of AMC’s award-winning series “Breaking Bad” and the upcoming “Better Call Saul.” Also filmed in New Mexico, “Breaking Bad” provided a direct uplift to the local economy and continues to make an impact by bolstering local tourism. Albuquerque’s Mayor Richard Berry summed up “Breaking Bad” economic benefits during an interview with NPR’s Marketplace when he said, “It really hits our economy from top to bottom.”

New Mexico’s competitive film tax program is essential to sustaining this high-level of economic productivity.  And we appreciate the support and the recognition of the job creation and economic investment by Governor Martinez and the legislature that allows this positive economic activity to flourish.  A state study this summer showed that the film industry generated $1.5 billion in total economic output since 2010. And the latest state economy profile reveals that the film and television industry supports more than 3,000 direct jobs and pays close to $165 million in wages.

The productivity and investment of numerous men and women behind-the-scenes is at the heart of every story we seen on screen. And I am grateful to be a personal witness to the “The Night Shift” as New Mexico’s latest example of a successful and economically fruitful production.

Find out where to watch “The Night Shift” here.