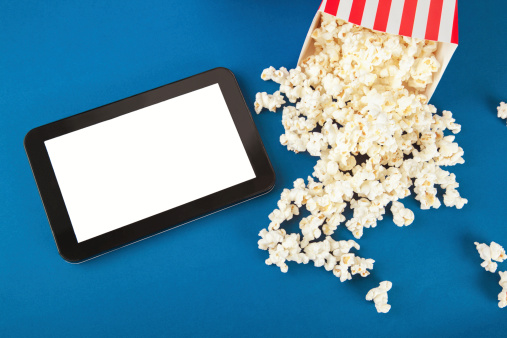 Experts Tout the Online Availability of TV and Movies

Last week, KPMG released a report finding that as of December 2013, 94 percent of 808 highly ranked films were available online through legitimate service providers and that 85 percent of 724 similarly recognized TV shows were also accessible through legitimate platforms. Variety reported that the motion picture industry is “delivering more movies and TV shows via legal digital outlets than ever.” Below we’ve rounded up what other industry experts have been saying about the wide array of options for viewing movies and TV shows online.

CreativeFuture highlights how accessing content from legitimate services respects the hard work and investment of the creative minds behind the scenes:

“The results of the study are exciting and welcome news for audiences and artists alike. Individual creatives benefit from a vibrant legal online marketplace for creative content because it allows them to be compensated for their work. Likewise, when audiences pay for creative works, it leads to future investment in films and television shows, providing them with more choices.”

Michelle Wein from ITIF’s Innovation Files explains how the abundant availability of content allows consumers to develop a deeper connection with their favorite characters and stories than ever before:

“This development could not be timelier, with both the ramp up to the Oscars and Fall TV primetime viewing beginning. If viewers like Reese Witherspoon in Wild and Benedict Cumberbatch in The Imitation Game (both movies already receiving 2015 Oscar buzz), then it turns out it’s pretty easy for them to engross themselves in watching these actors’ earlier work. Viewers can catch up on old episodes of Sherlock on Netflix or enjoy Walk the Line or Legally Blonde through Amazon. And everyone from the New York Times to Buzzfeed this week has been celebrating the addition of Gilmore Girls to Netflix on October 1st — proving that new, beloved content is becoming available every day.”

Tom Giovanetti from The Institute for Policy Innovation looks at the study to note the content industry’s inherent interest in giving consumers the access they want:

“They don’t generate content in order to keep it away from consumers. They have every interest in developing and rolling out new business models that put their content into the hands of as many consumers as possible, in as many forms as possible.”

Sanjaya Krishna, Principal of KPMG LLP’s Media and Telecommunications practice in the U.S., predicts that the online availability of content will only increase:

“Our research found a significant number of digital films and television shows are available through a growing variety of online VOD platforms in recent years, and consumers are the beneficiaries. With the proliferation of connected devices and increased adoption of VOD services, we expect consumers will continue to have expanded choice and availability of video content.”

“Piracy may still be a major problem for Hollywood, but it’s not because studios aren’t making content available, according to a new study from auditing and research firm KPMG.”