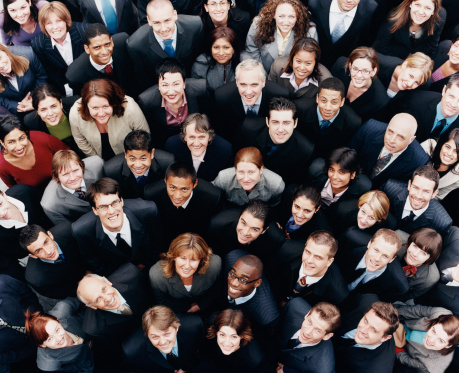 Copyright – A Leading Force for Jobs, Innovation and Growth

View infographic to see how U.S. copyright industries lead the economy in value added to GDP, economic growth, good jobs and foreign sales and exports  For years, those of us representing copyright industries have been making the case that copyright is a major contributor to the U.S. economy and an important job creator for American workers. In case there were any doubts, a new study released today by the International Intellectual Property Alliance (IIPA) showed that, for the first time, the core copyright industries – the creators and producers of copyrighted materials like computer software, videogames, books, newspapers, music, and films and television programming – added over $1 trillion in value to the U.S. economy in 2012.

Of course, that is only part of the story – the other is that these important industries – and the millions of creative workers whose jobs are based on copyright – continue to face a major threat from piracy. And if we want copyright to continue to be a vibrant job producer and economic generator, we need to do more to strengthen and protect its businesses and workers, even as important new digital business ventures emerge to provide an ever increasing array of online movies, television shows, music and other creative products for consumers.

According to the new study, Copyright Industries in the U.S. Economy: The 2013 Report, these industries account for nearly 6.5% of the total U.S. GDP and are responsible for almost 5.4 million American jobs – that’s almost 5% of the country’s entire private sector. These are high-quality jobs offering an average of 33% more in compensation than the rest of the workforce.

And these are not just the famous people whose names and faces so many of us know, but the men and women sweating behind the scenes every day developing the latest software, building sets for films and TV shows, operating the lights and cameras, recording and producing the music we listen to, or publishing the latest books we love to read. These people provide the foundation of a healthy creative industry and they all depend on copyright for their livelihoods.

When you take into account other industries who work in and around copyright, but whose entire industry isn’t based on it (such as toys and games, fabrics, TV sets, computers, etc.), these numbers grow even more staggering with more than 11.1 million workers employed altogether and $1.7 trillion added to the GDP. In the film and television industry alone, we support 1.9 million of those jobs, both directly and indirectly, through the creation, production and distribution of our movies and TV shows.

Today’s study was prepared by Stephen J. Siwek of Economists Incorporated for the IIPA, and updates 13 previous studies. Based on data from the Bureau of Economic Analysis and other government agencies, the study demonstrates the vibrancy of copyright and creativity as an engine for growth for the U.S. economy. It also highlights copyright’s role as an engine for export revenues, creating a positive balance of trade with a “copyright surplus” of $142 billion for key copyright sectors last year. This “surplus” directly benefits workers here in the United States and provides a great deal of economic stability during these not so stable times.

As we continue to become much more of a knowledge-based economy, the importance of the copyright industries will only continue to grow. Between 2009 and 2012, these industries grew at a rate of 4.7%, that’s more than twice as much as the entire U.S. economy. And who knows how much larger that will be in the next three years, if we work together as a society to create and enforce effective laws that will continue fostering the tremendous economic growth and contributions of those who create and innovate.

This post was originally posted on HuffingtonPost.com and can be read in its original format here.