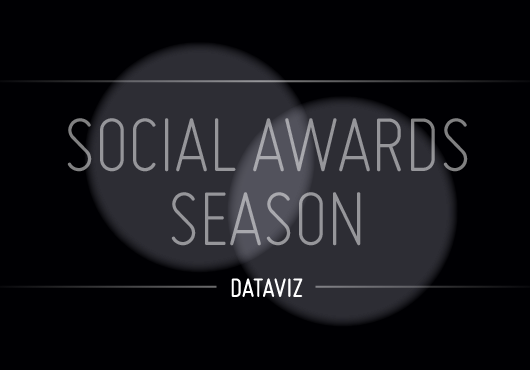 The 2014 awards season got off to a rousing and hilarious start Sunday night as more than 20 million viewers tuned in to watch Tina Fey and Amy Poehler host the Annual Golden Globes Awards for the second year in a row and gave the show its highest ratings of the past decade.

Just as they will do with every awards show in the coming weeks, the fashion experts critiqued the fashion choices of our favorite celebrities walking the red carpet; pundits and industry experts gave their two-cents on which movies, TV shows, and actors would win in each category; and for three hours we all joined together to celebrate another great year for a truly remarkable industry.

Not to be outdone by all those looking to have some fun with this year’s awards, The MPAA has once again partnered with Brandwatch to build on the success of last year’s Social Oscars program.  Last year’s tool, hosted on the MPAA’s content site TheCredits.Org, collected and analyzed social data and used it to correctly predict 15 out of 18 Oscar award winners.  This year, we have expanded the scope of predictions to include almost all of the award shows.  And by calling Andy Samberg’s surprise win for Best Actor the other night, this year’s Social Awards Season is off to a great start.

But while everyone enjoys the glamour of the red carpet, or trying to see if they can pick the winners, it’s important to remember that the American film and television industry is much more than what we see on the red carpet.

Every day, nearly 2 million men and women all over this country wake up and go to work in a job that either directly or indirectly depends upon this industry.  Many of these are the folks whose names we  barely notice in the credits at the end of a movie or TV show – the carpenters who build the sets, the stuntmen and stuntwomen who make us believe that human beings can perform superhuman feats,  or the caterers who feed the hundreds of cast and crewmembers on each production. These are the people whose skills are essential to making this one of the most innovative, entertaining, and successfully American industries year after year – and most of them will never receive any type of public recognition for their contributions.

But it’s not just the people who work on a film or TV set that benefit from this industry. Every time a film or TV show is being made somewhere in the United States, local businesses and local economies are benefitting from it.  For a film production, that means an average of $225,000 flowing into the local economy each day of filming.  And for a place that calls a TV series home, like Albuquerque, New Mexico where Breaking Bad filmed for five seasons, it means years of stable income for local businesses, steady employment for locals, and years of residual tourism benefits as loyal fans come to see where their favorite shows were made.

So as we celebrate the power of films this year like 12 Years a Slave, American Hustle, Captain Phillips, Dallas Buyer’s Club, and The Wolf of Wall Street that  brought important periods in our history to the big screen; or the thrill-rides like Iron Man 3 and Gravity that continued to push the boundaries of visual effects, it’s important that we all take some time out to think of all those who worked behind the scenes for months or even years to make them possible – and thank them for the many hours of entertainment we have all come to enjoy because of them.

This post was originally posted on HuffingtonPost.com and can be read in its original format here.