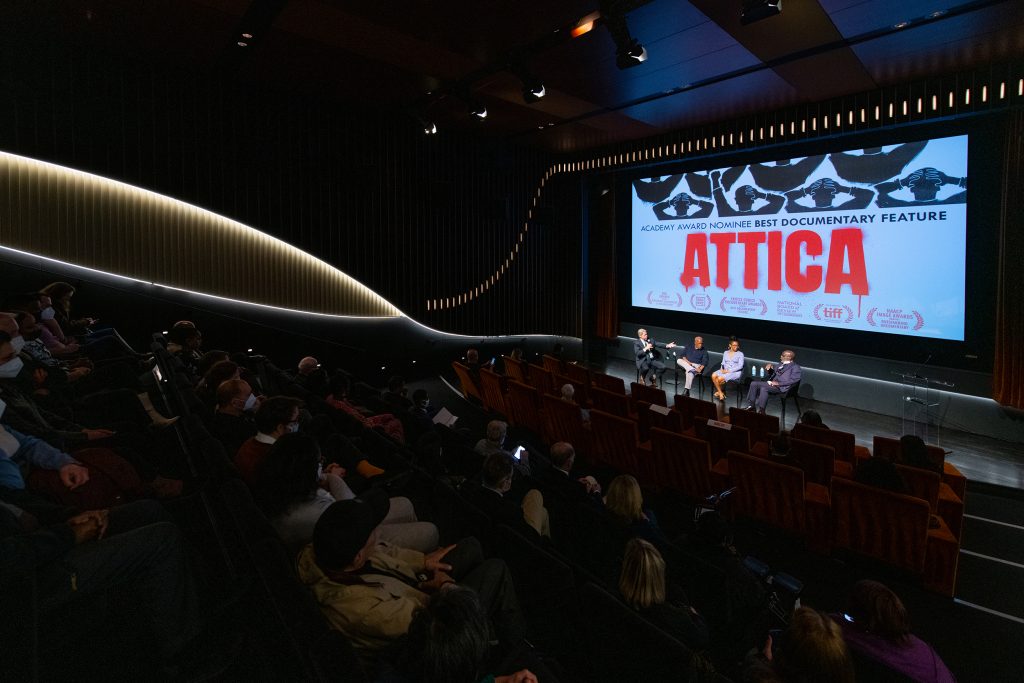 The Motion Picture Association and SHOWTIME Documentary Films co-hosted a screening of Attica at the MPA’s global headquarters in Washington, D.C.

Marking the 50th anniversary of the September 1971 events at the Attica Correctional Facility — where inmates seized part of the prison and took 39 guards as hostages to demand more humane treatment — this documentary dives deeper into the incident with new interviews and archives.

After the screening, Nelson joined co-director Traci A. Curry and Attica survivor James Asbury for an insightful conversation moderated by CBS News Chief Washington Correspondent Major Garrett, giving the audience a deeper look into the making of the documentary.