Vans Stevenson is Senior Advisor for Global Government Affairs at the Motion Picture Association, where he serves the association’s member companies in all aspects of advocacy around the world.

Stevenson joined the MPA in 1989 and led the State Government Affairs department from 1995 to 2022, when he stepped into the role of Senior Advisory. Throughout his tenure at the association, he has represented the MPA’S member companies before state and local government legislative, executive and regulatory offices. He has also managed the member companies’ interests on all production, facilities and labor issues. Stevenson has also been responsible for issues and matters that include proposed legislation, rules and regulations that affect motion picture, television and home entertainment distribution, production and business practices of MPA member companies, including all tax issues, and the MPA-administered Motion Picture Rating System in all 50 states, four U.S. territories and at the local level.

Since 1978, he has been a public relations, marketing, business, and government affairs executive in the media business. Prior to joining MPA, he was vice president of corporate affairs for Blockbuster Entertainment Corporation, responsible for financial and stock market relations as well as federal and state government affairs. Before that he was director of public affairs and corporate projects for Erol’s, a 200 video store chain that was acquired by Blockbuster. 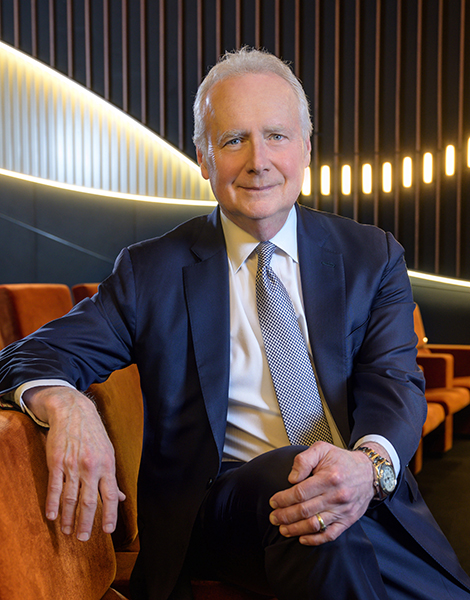